‘Four’ is just another pop album 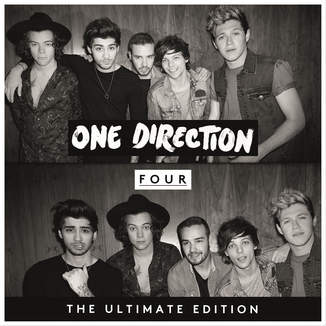 "Four" will be featured in One Direction's next tour, On The Road Again.

One Direction has created another album that has the same pop sound and theme as their other three.

“Four” is the fourth album that One Direction has released since they were formed by Simon Cowell on the UK version of the X-Factor in 2010.

The members of One Direction had a larger influence on this album, and they helped to write a lot of the songs.

All the songs in “Four”  have a theme of relationships, with topics such as relationship problems, being overwhelmed by feelings, and wanting to escape with significant others.

Admittedly, the album does have a few gems in it, including the first single of the album — “Steal My Girl.”

Even though the single does not have extremely diverse or complex lyrics, its extremely catchy tune makes it insanely popular.

But the message that the song sends seems incredibly possessive when it talks about girlfriends, saying, “Find another one because she belongs to me.”

The next few songs in the album are high-energy songs that have repetitive lyrics and not much change in sound.

One of the other songs on the album, called “Fool’s Gold,” has a similar sound to Taylor Swift’s song “Safe and Sound.” It seems to be a bit slower than the earlier pop tunes in the album, but not by much.

The songs near the end of the album were not very exciting, and they all seemed to blend together.

But the last song finished off the album with high energy in the extremely comedic song, “Act My Age.” The song was about how One Direction will never act their age, and they will always love their significant others. Some of the lines in the song are: “When I can hardly walk and my hair is falling out,
we’ll still stay up ’til morning. We’ll throw an after-party.”

Overall, the album is just generic pop. Aside from the single, it is not very exciting. I hope that eventually the boy band will take a few risks and create an album with more diversity.