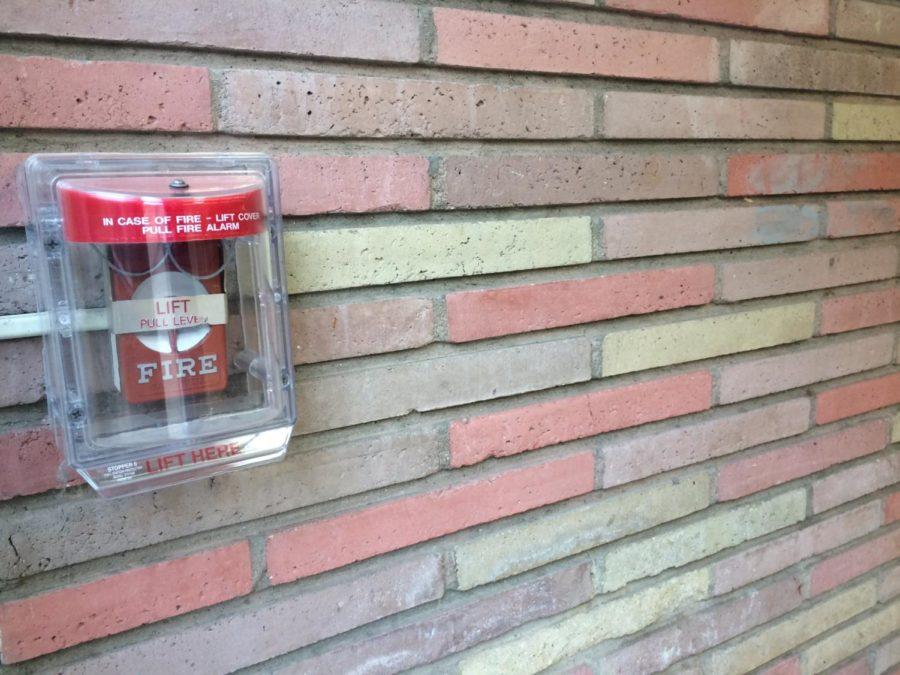 Despite what many students believe, the frequent false fire alarms were not caused by students pulling the fire alarm. According to Vice Principal Grant Steunenberg, the heat sensors in the recently renovated kitchen are the reason behind the false alarms.

The fire alarm screeches as students and teachers both wince as the sound pierces through the air. However, as soon as the alarm goes off, it is almost immediately silenced, followed by an announcement stating that it was a false alarm.

“The main reason the alarms have been going off is due to the type of sensor that was installed in the new kitchen when it was remodeled last year. The sensor in that area is a heat sensor and when the kitchen staff uses the steam trays, the steam rises and causes the alarms to go off,” said Grant Steunenberg, the administrative vice principal for grades 10 and 12.

It’s hard to concentrate when there’s an alarm going off, and as a result, the alarms interrupt the lesson and slow work down.

“Fire alarms are obviously meant to be very loud and obnoxious, so when it happens constantly in a classroom, it can be very disruptive,” said Ashlyn Wong, junior. “They often stop students from learning, studying, and testing.”

Many teachers and students alike agree that the numerous false alarms have been irritating.

In addition to the disruption they cause, the false fire alarms pose an additional danger. Some people fear that students and teacher will not respond as quickly when a real emergency happens because they’re so used to hearing the false alarms.

“If there is a real fire one day and everyone does not pay attention to it because they are used to the frequent false alarms, that could be very dangerous,” said Wong.

The school is working to fix the fire alarm so that these false alarms don’t happen as often anymore.

“The problem is currently being resolved by installing a smoke detection sensor that will hopefully not be triggered by the heat of the steam,” said Steunenberg.