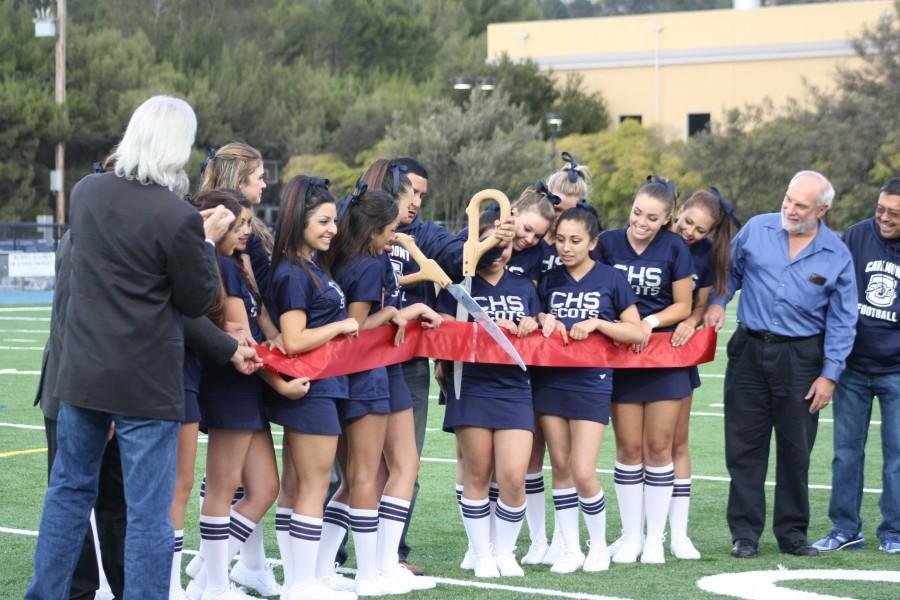 Before the kick-off of the first home varsity football game on Sept. 21, 2012, Carlmont held a ribbon cutting ceremony in the honor of the new turf field and lights. The ribbon was cut by principal Raul Zamora.
When the game began, Carlmont kicked off to Aragon, which Aragon returned to get a touchdown.

Aragon made the field goal kick, giving them a score of seven to zero. Carlmont then gave Aragon the gift of a fumble, which Aragon used to score another seven points, all within the first few minutes of the game.

“We knew they were a tough team,”said Matt Stalun. Carlmont struggled during the whole game to keep Aragon from scoring. In the fourth quarter, Carlmont scored its first points of the game. Carlmont then recovered a fumble made by Aragon.

Aragon’s defense held them, forcing Carlmont to punt the ball. Carlmont performed a successful on side kick and later got a touchdown bringing the final score to 35 to 14, with Aragon defeating the Scots.

“They keep getting a little better and they are working really hard,” said head coach Jason Selli in regards to how the team has been playing this year. 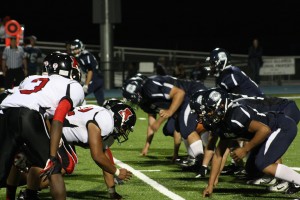