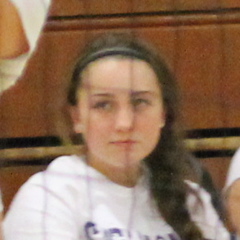 After a win against San Mateo High School, Carlmont’s frosh-soph volleyball team  has accumulated a 10-0 record in league, keeping them in first place.

Carlmont came out weak in the beginning of the first match, giving San Mateo free points on their own mistakes. They were able to sort out their issues and won the first match 25-8. In the second match, Carlmont won 25-12 with the help of multiple freshman and non-starters.

Carlmont seemed to have a lot of miss-communication in the beginning but made it up with some monster serves. San Mateo gave it their all by making some great saves, but couldn’t come out on top with Carlmont scoring over and over again.

Sophomore setter Lauren Tierney stated, “I feel that we can still keep the undefeated season going.”

Head coach Taylor Chung said, “At first it was all fun and games, but now there’s pressure. Because we’re undefeated and we’re still holding onto zero losses in league, there’s more pressure to keep it. Now were going to have to play M-A again in the season and Burlingame on the road and they’re the toughest game. They took us to three matches at home so by that rational on the road were supposed to lose that game. They’re going to be angry and that’s going to be a big game.”

Once Carlmont cuts out all of the mistakes and free points they give to the other team, they could have an easier chance of beating Burlingame. With not a lot of games left, Carlmont still hold onto first place and an undefeated record, but is up to them whether or not they keep it. 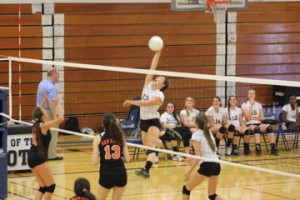