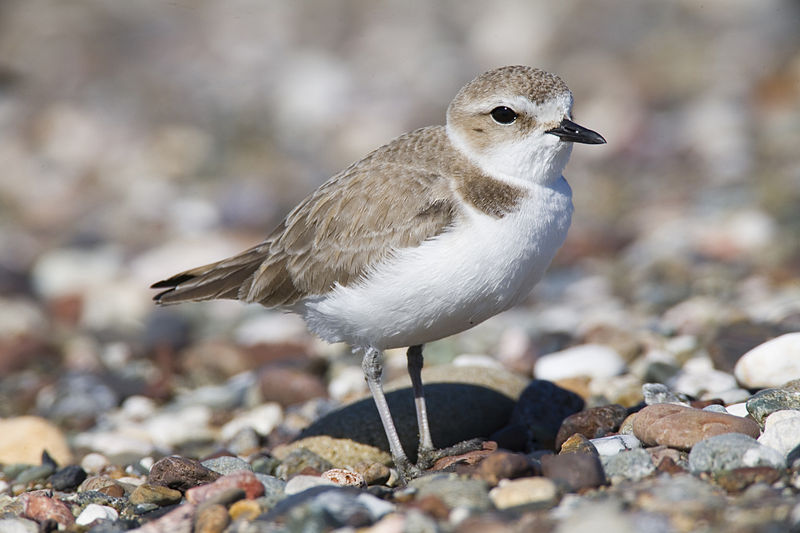 A Western Snowy Plover, one of the more than 100 endangered species in the San Francisco Bay Area, walks along a rocky beachfront.

On Jan. 28, Speier held a press conference to announce the new legislation alongside Democrat U.S. Rep. Jared Huffman of California (chair of the House of Representatives’ Subcommittee on Water, Oceans, and Wildlife), California Secretary for Environmental Protection Jared Blumenfeld, and Save the Bay Executive Director David Lewis.

The bill’s introduction, with 10 co-sponsors, including House Speaker Nancy Pelosi, Huffman, and several other congressional representatives from California, came after five failed attempts to pass the act, spanning a period of 11 years. The bill was most recently passed by the House in 2019 but never considered by the Senate.

Despite these setbacks, Speier remains adamant that the bill will finally be passed into law with the arrival of a new administration and the Democrats’ majority control in the Senate.

“Last year, the House signaled its overwhelming support for the San Francisco Bay Restoration Act, when it voted to pass it not once, but twice; the second time as part of the Moving Forward Act. [With] the Democrats in charge of the House, Senate, and White House, I’m confident that we can finally sign this legislation into law and ensure that the San Francisco Bay receives the funding it needs and deserves,” Speier said.

Huffman agreed with Speier, emphasizing the significance of federal representation on climate issues in Congress. With federal dollars flowing into other municipalities such as the Chesapeake Bay in Maryland and Puget Sound in Washington state, Speier is actively attempting to highlight the unequal distribution of funds amongst deserving regions.

“San Francisco Bay has been short-changed compared to other estuaries in the U.S. Between 2008 and 2016, EPA geographic programs invested only $45 million into the San Francisco Bay, while Puget Sound received over $260 million and the Chesapeake Bay $490 million. That’s ten times as much – and the disparity becomes even more pronounced when you consider the populations served. A mere $6 was spent on the Bay for each resident of the Bay Area, while almost $30 was spent for each resident living near the Chesapeake Bay and almost $60 for residents near Puget Sound. This bill would also finally give the Bay the recognition it deserves,” Speier said in a statement.

Independent reports concur with Speier’s contention and underscore the urgency of the situation. In August 2018, the GAO published a report on the S.F. Bay Delta Watershed and found that the lack of sufficient federal funding is one of the biggest risks to long-term restoration efforts needed for the survival of numerous species, including more than 100 endangered species.

Speier also implored the federal government to support the San Francisco Bay, which plays an integral role in the local and U.S. economy. According to Speier, the San Francisco Bay produces over $370 billion in goods and services annually and supports more than 4 million jobs.

Huffman agreed, highlighting the significance of the San Francisco Bay in both ecological and economic terms.

Huffman said, “By almost any measure in terms of ecological significance, and what it means to the economy in terms of the outdoor recreation, commercial, fishing economy, travel, and tourism industries, there’s nothing like the San Francisco Bay, and it’s high time we make sure we get our fair share of federal funding.”