Future students will be locked out 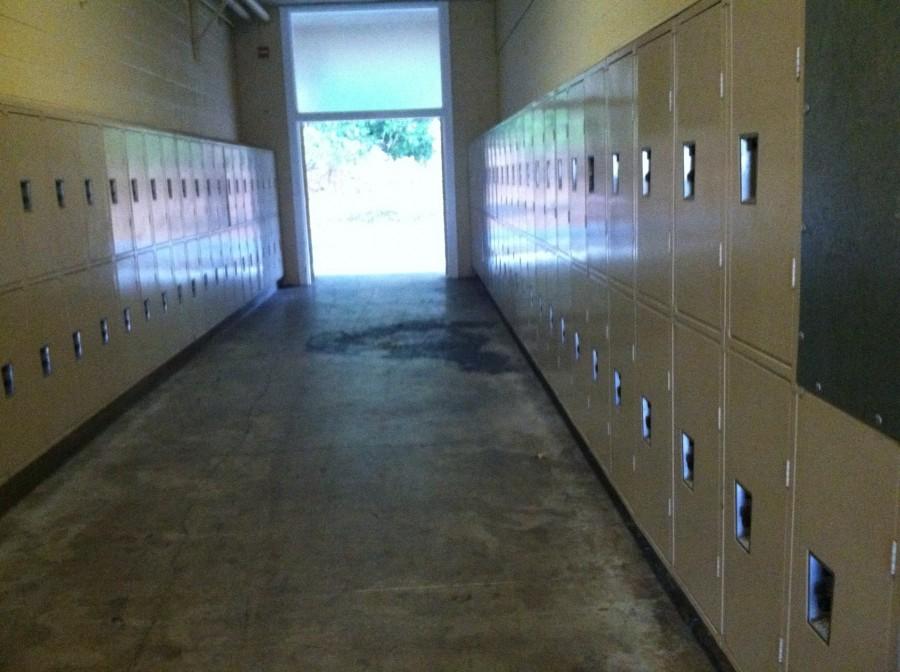 The T-hall lockers are far away from the main buildings, and students often do not use them.

Many Carlmont students devote hours to decorating their lockers and making it their second home. But, before they even graduate, seniors are evicted from their homes because their lockers are assigned to freshmen.

A number of Carlmont students do not have their own lockers and struggle daily, lugging around a massive backpack. With the school population expanding each year, the need for more lockers is inevitable. Currently, administration is mapping out a road to a possible solution.

Calrmont’s student population hovers around 2,200. However, there are only about 2,000 lockers, meaning that approximately 300 students have to carry their textbooks and materials for six or seven hours.

The district and administration are working together to produce a positive outcome.

“Currently there are no students waiting for lockers, so those who are without one should contact Ms. Eggli. However, Carlmont is expecting at least 100 more students next year and over 400 more by 2018. That means that we need to have more lockers and soon,” said Principal Lisa Gleaton.

With talk of needing new lockers, the question of where to install them arises.

Gleaton said, “The reason why there are not more lockers, is that we lack a place to put them. Carlmont uses indoor lockers to reduce the possibility of vandalism, and all of the  hallways are used.”

Plans to construct an additional building near the recently built U-hall are underway, and the administration is considering adding lockers there. However, if these lockers were to be built, they would have the drawback of being extremely far away from students’ classes.

“Students want lockers that are in a prime location in the B, C, D, or E hall, not the T or U hall. There are many possibilities of how to solve this problem, but all of these solutions are complex. One possibility is converting to a tablet system, so students have their textbooks on a tablet. This could allow us to make small-sized lockers,” said Gleaton.

Although switching to a tablet system may seem like a solution, the Los Angeles Unified School District tried to convert but instead created a fiasco. The district prohibited students from using the internet on the tablets or taking them home, but 71 Ipads went missing and many more were hacked within the first week, according to the LAUSD school report.

One area where lockers could be added is the guidance hall. Currently, the guidance hall has cabinets for the guidance counselors to hold documents that the law mandates must be kept for five years. If these documents were to be kept digitally, the school could install lockers there in several years.

Locker Coordinator Anne Eggli said that she was not aware of why there are not more lockers at Carlmont, but she is “interested in helping future students have lockers.”

Students are also eager to help out and offer possible solutions.

“Lockers should be assigned based on proximity to a student’s classes. This was the system at my middle school and it worked out well,” said sophomore Jonathan Kelvin. “I think admin does a lot of work assigning lockers, and this might make it easier because more people would actually use their lockers.”

Students generally agree that it is a complex system, and seniors get last priority when it comes to locker assignment, according to Eggli.

Sophomore Heather Hoover said, “I am lucky to have a locker in the middle of C-hall. It is close to my classes and my friends. However, I think it is unfair that seniors are torn from their lockers that are then given to freshmen.”