Gearing up for the Air Force 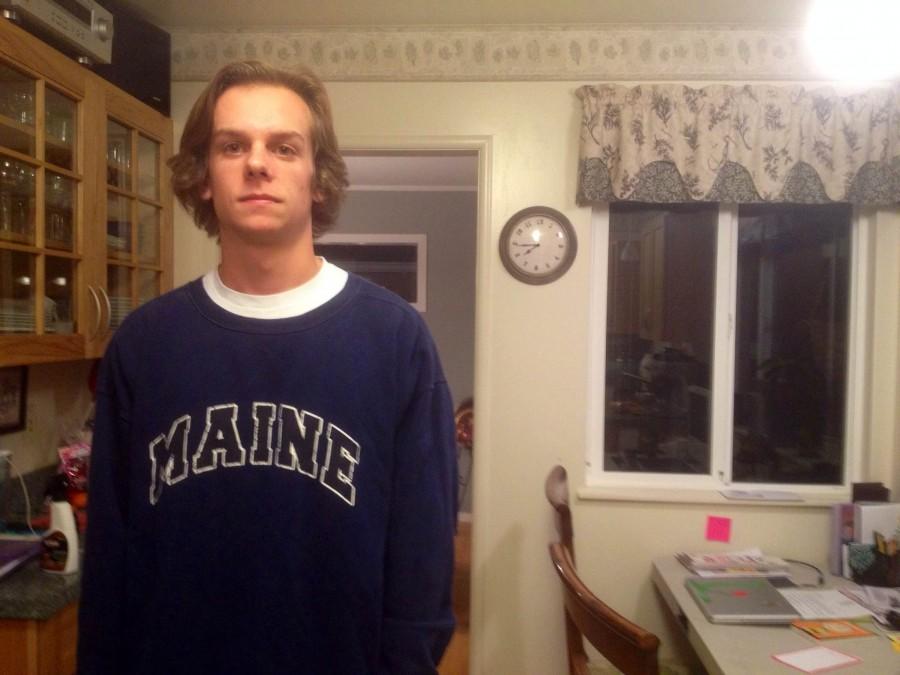 While many students are getting ready to graduate and move on to college, senior Nathan Fischer is preparing to serve his country.

There are only a few students this year choosing to enroll in the Armed Forces, part of which is due to the higher and higher pressures to quickly go through the college process and into the workforce as fast as possible.

“When I look at the kids at Carlmont, they all look like all they care about is academics. Nate has realized that is not his path. His path is to help others, and I think he is very brave to do so,” said senior Ben Knoot.

Junior Kat Myers believes that the Armed Forces can be a more beneficial pathway than pursuing the more popular and traditional route.

“Going to college right away might not be the best choice for some students, and the Armed Forces may be a better option. I think it takes a strong person to want to defend our country,” said Myers.

As one of the few students joining the armed forces this year, Fischer has always aspired to join the Air Force, particularly as a special forces pararescueman.

“Being a healthy and athletic American, I almost see it as an obligation to serve and protect the country I have had the pleasure of safely and freely growing up in. I chose the Air Force because of the vast variety of jobs offered to airmen opposed to the other branches of the military,” said Fischer.

The special forces pararescuemen career, according to baseops.net, is male only. These men must train for eight and a half weeks for basic training, move into 10 days of technical training in Texas, then a 16-week combat course in Mississippi, followed by a 17-day survival school in Washington, and finally a three-week Combat Control School at Pope Air Force Base, North Carolina.

However, Fischer has already begun training himself.

“I physically train myself every day. The training I do for the Air Force is more endurance based, like running and body weight exercises. I also lift weights five days of the week to keep a good muscle base,” said Fischer.

The military is known as requiring not only physical strength, but mental strength as well. Improvements in Fischer’s character and maturity in preparation for such heavy responsibilities are already being noticed.

“The military forces a person to grow up faster and enforces discipline. I can already see that with Nate. He has become more driven and responsible since starting the processes of joining the Air Force,” said Myers.

Fischer not only plans to serve his country, but also intends to grow from his experience in the military.

“I hope to gain knowledge about not only myself, but also on how to deal with people in high stress situations that could put lives at risk. Ultimately, I hope to learn what it’s like to protect our beautiful country and learn first hand the price of freedom that many people take for granted,” said Fischer.

Although Fischer’s decision to join the military may not be a popular choice among high school students, he is proud of his decision and looks forward to his future in serving the country.