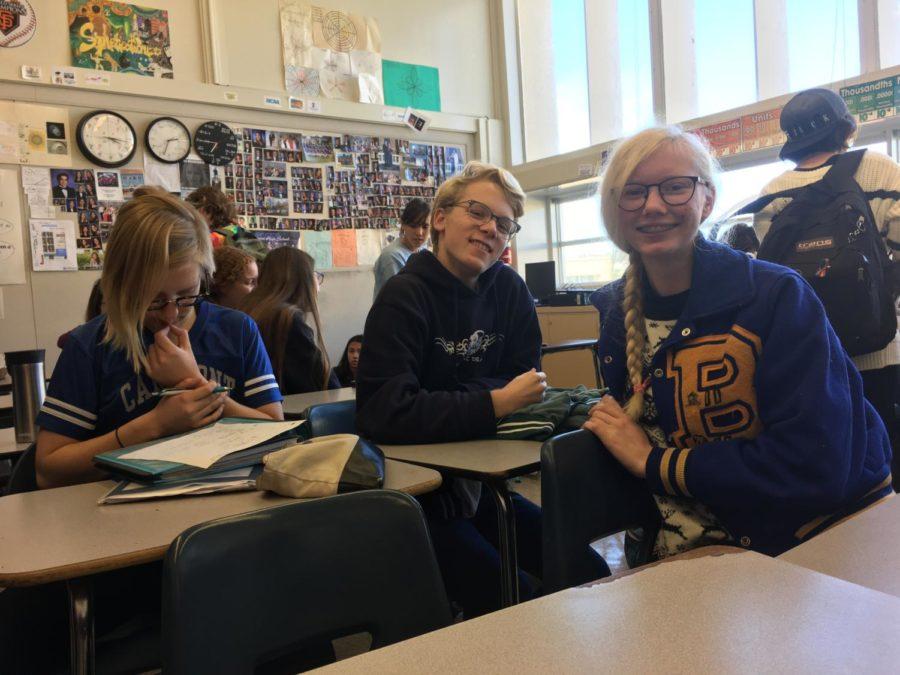 Club members hold discussions at their latest meeting, which was about a Secret Santa exchange within the club.

The Gender and Sexuality (GSA) Club aims to provide a safe space for LGBTQ+ teens and their allies.

The GSA Club is a place where students can go to learn more about issues in the LGBTQ+ community, as well as meet new people.

“We want to educate people about queer history, which doesn’t often get taught in school,” said Club President Oliver Golden, a senior. “We want to provide a safe space and a supportive group for the queer community.”

The club leaders offer different presentations and activities that help support and educate members of the community. Some of them include queer sex education and a transgender clothes drive.

“We want to educate and at the same time invite people to participate in these discussions,” Golden said. “A lot of the time you’re either watching or actively participating [in activities], and we want to combine the two.”

The GSA Club makes opportunities for students to find different forms of help and support from peers and mentors.

“This is a place where students can find people who are like them,” said Cynthia Shusterman, a co-advisor of the club. “It’s a place where people can reveal their true identity and be themselves.”

The club itself consists of both members of the LGBTQ+ community and allies of the community. Students who are a part of the club enjoy it for many reasons.

“I like this club because it helped me meet new people and friends,” said freshman Sierra Wampler.

Despite limited promotion, the GSA Club receives a number of people annually. Their Instagram  and Twitter pages keep members updated on meetings and current events.

“Every year we get about 40 to 50 people coming to the club,” Golden said. “We go to the Clubs Fair and we have social media, but other than that we don’t advertise that much.”

While the GSA Club does not work with the Belmont Library, they do work with the San Mateo County Pride Center (SMCPC). Since their recent opening, the SMCPC hosted events such as Queer Prom and other activities involving teens.

“We don’t work with the library, but they have a Spectrum Action Group, which helps LGBTQ+ youth and works on community outreach projects,” Golden said. “We work with the San Mateo Pride Center sometimes.”

The GSA Club makes an effort to allow students to be open about their stories and experiences in life.

“This club is helpful to students because it’s a place where they can share their own stories,” said Andrew Ramroth, a co-advisor of the club. “This gives them opportunities to share something that they might not be able to share outside of the club.”

The GSA Club strives to support all their members.

“Our goal is to make a safe space for all queer teens and their allies at Carlmont,” said Golden.

GSA Club meets weekly on Wednesdays during lunch in D11.