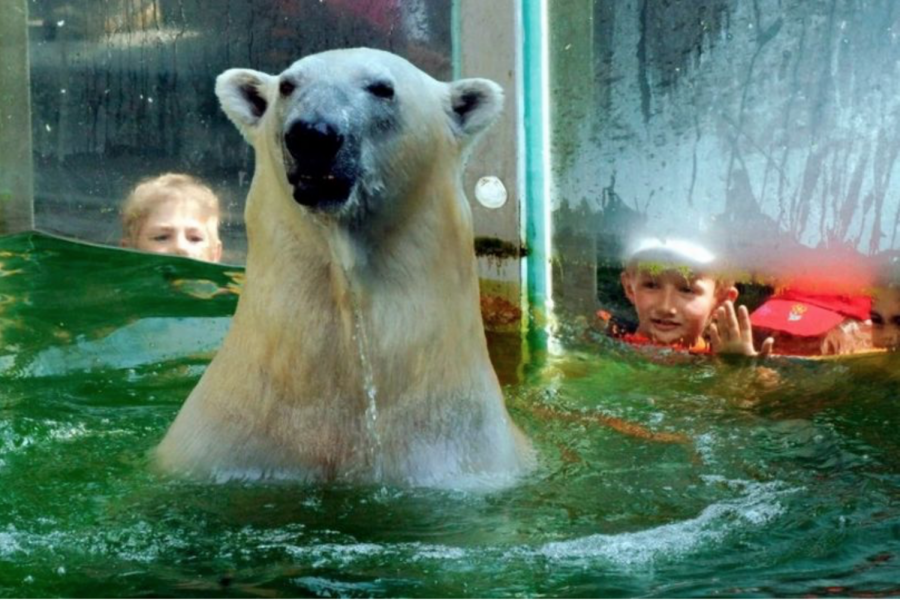 "Polar bear 'Kap' takes a refreshing bath in the zoo in Neumünster, Germany" by Image: AFP via Getty Images

Zoo director fears they may have to feed the animals to each other.

A pandemic strikes the world. Some are being left in desperate situations, even animals.

According to Worldometer, there are 143,342 confirmed COVID-19 cases and 4,193 deaths in Germany. Meanwhile, although animals are not part of the population that are directly affected by the virus, they still are suffering under other circumstances.

Zoos in Germany are running out of funds to provide supplies for the animals. Neumünster Zoo in northern Germany has been hit by a significant financial dilemma. After the outbreak of the virus, the zoo is challenged with keeping the business running and the animals fed.

“The zoo which is home to more than 700 animals including polar bears, seals, and alpacas-will lose out on an estimated $190,000 in income this spring,” said Verena Kaspari, the zoo’s director, according to a German newspaper, Die Welt.

The zoo’s economic circumstances have placed a threat on the director as well as the animals of the zoo. The Neumünster zoo is a residency for over 700 animals and exceeds 100 species. According to CNN, Neumünster zoo has drafted a list as an emergency plan, which determines what animals are to be euthanized to split the expenses, and in a particular sequence.

“As a vegan, I don’t support this action even being considered. I am totally aware of and understand the situation they are currently living through. However, I don’t think that is an excuse to slaughter animals. Other measures that don’t include cold blood can be taken to handle the situation because animals are going through this new change and difficult times alongside us humans. And as an organization, I think they can brainstorm other ways to handle this situation,” said Nina Mammadli, a junior at Irvington High School.

Since the zoo is not acquiring any visitors due to social distancing, the zoo relies on donations to sustain an income. The shelves are empty in stores, which leaves fewer supplies to donate to the deprived, including animals.

As stated by the New York Times, the zoo doesn’t have a direct plan on how they are planning to slaughter the animals. However, Vitus, a polar bear known for being the largest polar bear in Germany, will be the last animal standing if this technique is enforced.

“No matter how difficult, it is not even under the question to kill animals and feed them to each other. It is a cruel act, and other measures can be taken to prevent the zoo from completing shutting down. I think they are not working enough to come up with ways to receive funds for the zoo and are just going to the easiest and fastest option,” said Gunay Guliyeva, the Minister of Economy of Azerbaijan.