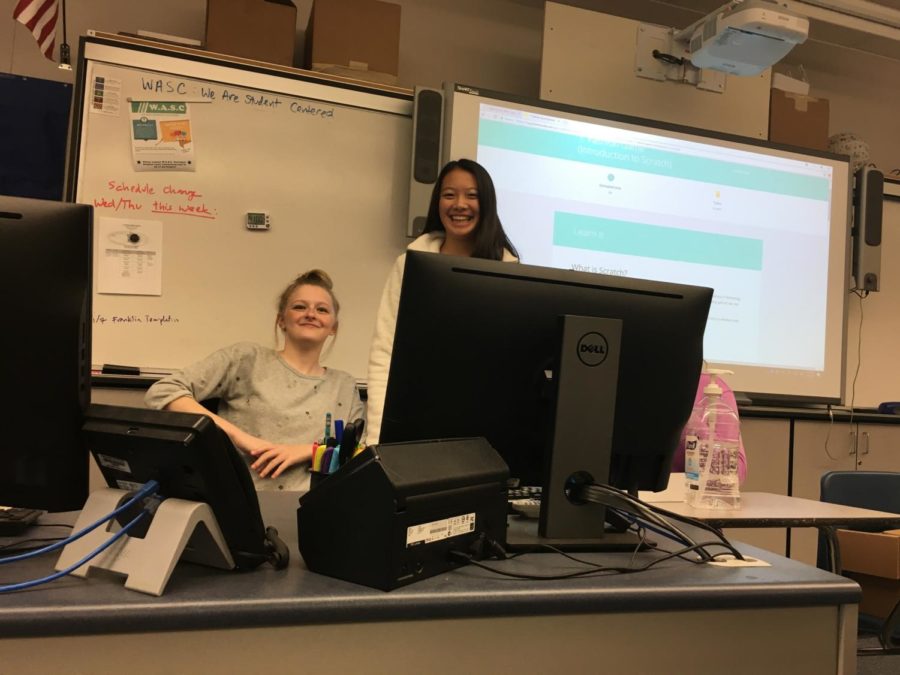 The Girls Who Code Club meets every Thursday in D24 to learn more about the world of computer science.

The Girls Who Code Club offers opportunities for girls at Carlmont to discover the language of code and explore the possibilities of computer science careers.

The Girls Who Code organization, which started with 20 girls in New York City, is present in high school clubs in all corners of the United States. Their mission is to close the gender gap in the computer science workforce.

“The reason for the gender gap is that girls are usually not exposed to computer sciences as early as boys are, and are not as supported in the subject,” said freshman Cassandra Areff.

The Girls Who Code organization offers different languages of code for the the participants to discover, including loops, variables, conditionals, and functions.

“The Girls Who Code curriculum has a lot of different activities on various platforms so you can learn multiple languages or go really in-depth into the ones that you like,” said Owyang.

“I joined the club to improve my coding skills. I am interested in having a job in the computer science field with website design and apps,” said Areff.

Summer immersion programs are also offered to the girls that are part of the organization. Depending on where the participant lives, she can learn the basics of coding and gain experience and insight of a technology-oriented job from companies such as Facebook, Microsoft, and AT&T for free for seven weeks during the summer. Many of these opportunities are found in the Bay Area.

The club continues to carry out the organization’s goal to girls at Carlmont.

“It’s important to have equal representation and opportunities between men and women which we don’t have in computer science right now,” said Owyang.

The club meets weekly on Thursdays in D24.