Golden State Warriors: Can they beat the record? 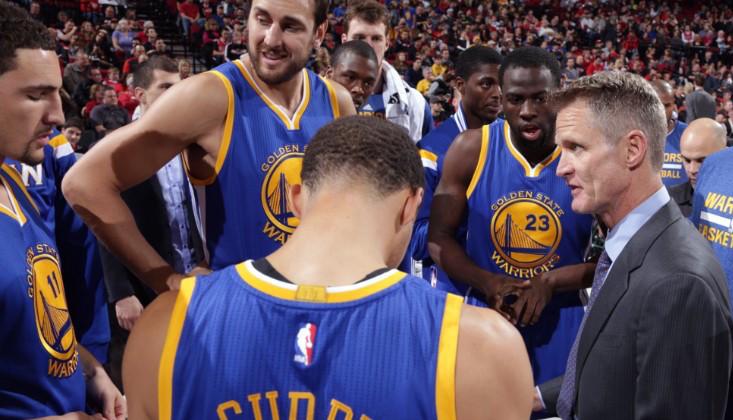 To say the Golden State Warriors are having a good season would be an understatement.

For the second year in a row, the Warriors are the team to beat with a stellar record. This year their record is 64-7, with 11 games remaining in the season.

However, it’s not smooth sailing for the Dubs the rest of the season as they face another challenge; beating the 1995-1996 Chicago Bulls’ record of 72-10.

After the win against the Los Angeles Clippers on March 24, the Warriors are one game ahead of the Bulls’ record.

In order to beat the record, Golden State must win nine of their final 11 games. With their remaining schedule, they have a promising chance.

Five of the 11 teams that the Warriors will be facing have a losing records, but the real challenge is that they will be playing the San Antonio Spurs twice.

The Spurs (60-11) and the Warriors have been head-to-head all year and they’re the only team that seems to give Golden State a challenge. It’s as if the only way to stop the Warriors’ fast pace game is to slow down the tempo which if the Spurs can do, they could have some trouble.

The last time these two faced, the Spurs did just that, controlled the tempo and dominated down low in the paint, and in rebounding however, the Warriors did not have key big man Andrew Bogut, and leader of the second unit Andre Iguodala.

Although it is not likely nor ideal for the Dubs to lose both games against San Antonio, one at home and one away, knowing that they are undefeated at home with a 33-0 record, they could still only lose to them twice and get the record.

The 2015-2016 Warriors team is one of the best in NBA history and I would not be surprised to see them go 11-0 finishing out the season and breaking the record with ease.

The way they have been playing this year, every other team is playing Golden State’s game and they cannot be stopped.