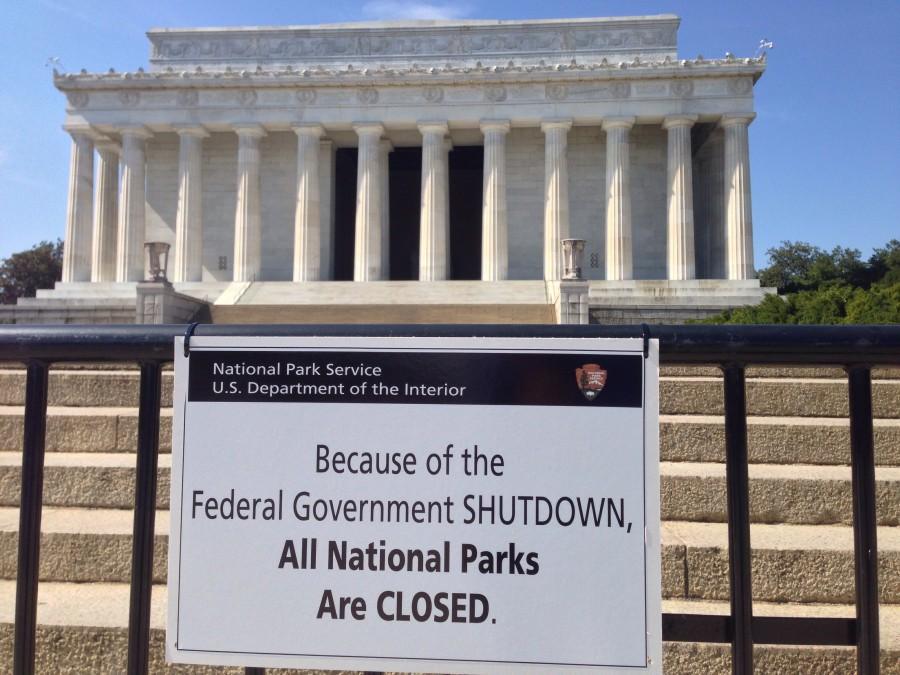 Over 20 departments and programs are closed that may indirectly impact Carlmont students.

Ten days after the government shut down, students are starting to see its effects.

Disagreement in Congress regarding the funding for the Affordable Care Act, otherwise known as Obamacare, sparked the government to shut down. The end of the shutdown still remains unknown and many students are unsure of which places remain open.

Students who planned on visiting Yosemite and other national parks for vacations will have to reschedule their trips as all national parks and the National Zoo are closed for the time being.

Sophomore Gina Casaccia said, “A lot of students are excited to go on vacations and get their permits and licenses, but aren’t sure if they can. The shutdown is causing lots of confusion because people don’t know which facilities are opened and which ones are closed.”

Although the state Departments of Motor Vehicles will stay open for students to get their drivers licenses, renewing or ordering a new passport will take a few extra days .

Sophomore Lyla Washaha expressed a fear that is increasing in prominence:  “I am worried that a new outbreak of the flu or another disease will happen, and the Department of Health Services will not be able to give people timely information. It seems to happen every year, last year it was the bird flu and a few years ago it was the swine flu.”

The Department of Health and Human Services announced that it would be unable to support the annual flu program but will remain open in the event of an emergency.

Sophomore Alex Davidovich  said, “I hope the shutdown ends soon and Congress can finally agree on things. The shutdown is a major event that we  have unfortunately repeated.”

For more information on the shutdown, watch this video from Hank Green of Vlogbrothers.