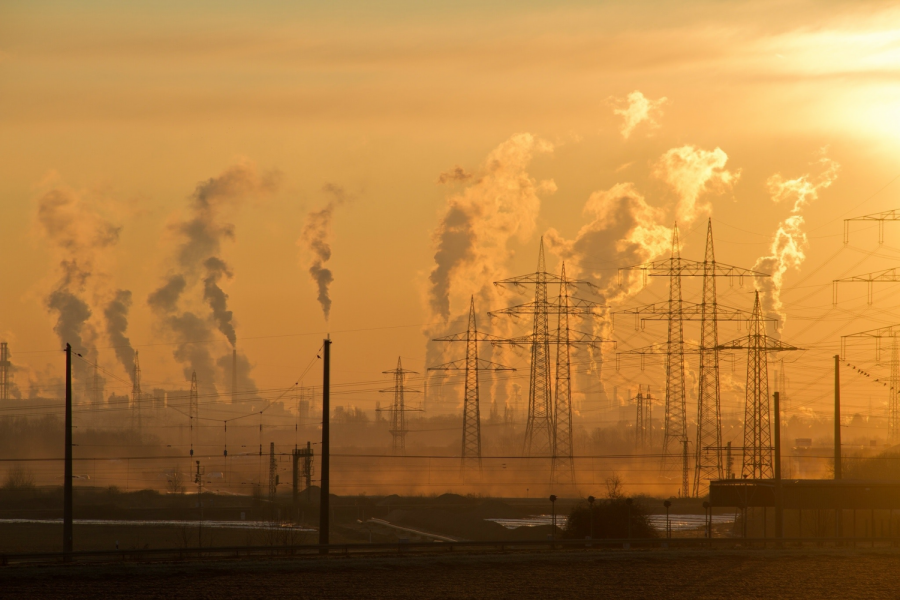 Despite the Paris Agreement looking to move towards renewable energy sources for the future, fossil fuels continue to dominate the energy industry around the world, including in America. “The ruling party of our country is so deeply connected to the fossil fuel industry and to a mentality of exploitation and greed.“ Norr said.

Governments worldwide are facing a problem that no other generation of political leaders has had to face: climate change.

Unprecedented warming temperatures, flooding, hurricanes, and wildfires are all attributed to industrial processes used to run society since 1760.

However, progress was made when the leaders within the United Nations (UN) came together to sign the Paris Agreement, which aims to unify nations in creating a strong international response to the climate crisis. The agreement proposed a way that governments worldwide will be able to contribute to the prospect of a viable future.

It has been four years since the Paris Agreement was signed. Some countries are having success and paving the way for climate progress, while others are not.

The central aims of the Paris Agreement are to keep the global temperature rise well below 2 degrees Celsius. The Paris Agreement calls upon its 195 signatories to put forth its nation’s best effort to meet the goals.

According to National Geographic, the nations leading in climate change progress are Morocco, The Gambia, India, Costa Rica, and the European Union (E.U.). Morocco and The Gambia are among the only nations with a plan to reduce carbon emissions low enough to keep global temperature rise to 1.5 degrees Celsius.

India is also leading in progress with sustainable investments as well as ambitious goals geared toward renewable energy.

Costa Rica shares an ambitious goal of using 100% renewable energy by 2021. In 2018, Costa Rica was able to receive 98% of its electricity from renewable sources.

The E.U. is the third-largest emitter and has started making environmental targets, setting a formal target of reaching 32% renewable energy by 2030. According to Time magazine, in the past year, more than 60 countries said they would eliminate their carbon footprints by 2050.

“The leading nations are relatively surprising to me given the relative economic instability and social divisions within both India and Costa Rica. It goes to show that nations around the world are able to overcome their instability and division to take action because they realize the extreme risk posed by global warming,” said Mira Wakefield, a sophomore.

Countries currently labeled as the least active in terms of climate progress include Russia, Turkey, Ukraine, and the U.S.

“I think that it’s unacceptable that we don’t want to be part of the solution to the mess that we put ourselves in. The Paris Agreement is very reasonable and moderate. It is one of the only times that the entire world has come together to fix an issue, and I think that it’s really sad that our country can’t be part of such a great collaboration,” said Claire Bing, a sophomore.

According to InsideClimate News, under the Trump administration, energy supply regulations have been rolled back. Due to these rollbacks, there has been a reversal of three years of declining carbon emissions in the U.S. As well as loosening regulations, new leases containing millions of acres of public land have been set aside for oil drilling.

“I think it’s pretty clear that the president has gained support from industries like the coal industry, who don’t support moving to clean energy because it goes against their personal business interests, as well as support from individuals who believe that climate change is a hoax. Because of this, I’m not surprised that we’re not moving forward as long as President Trump has power in our government,” Bing said.

Along with global pressure, nations are facing new forms of pressure to take action on climate change. Climate activists around the world have taken to the streets to fight for a sustainable future.

Many of these protestors are youths who are willing to skip school. In some countries, school strikes on Fridays have become a weekly ritual. The campaign Fridays for Future was founded by the world-renowned teenage climate activist, Greta Thunberg.

Many climate activists feel that it is their duty to be an activist because there aren’t enough other people pushing for climate justice.

“There’s definitely a lot of pressure because while all the old people in power right now will die off soon enough, the youth will be facing the harsh consequences. I see many teenagers feeling pressured to fight for change themselves,” said Victoria Chung, a sophomore.

Carolyn Norr is a climate activist who is also an adult supporter of the youth-led organization Youth vs. Apocalypse; her passion and dedication to the environment came from wanting to protect the youth.

“It wasn’t until I went on maternity leave that I ever considered the effects that the climate would have on the child I was going to have … I started realizing this [climate change] is happening now and I need to do something right now, to protect my kid and also all the young people that I work with,” Norr said.

Climate change action is becoming a priority among many Americans. Both the majority of Republicans and Democrats agree that climate change is man-made, and politicians from both sides are taking note. According to a recent poll taken by the Washington Post, 75% of Americans now consider climate change to be a “crisis” or “major problem.”

Environmental organizations such as the Sierra Club are encouraging individual action on climate change but are also trying to encourage a push towards systemic change.

Wakefield also agrees that systemic change is essential for standing up to the climate crisis.

“Our nation’s legislative inaction has made it clear that in order for us to make necessary changes in time, there has to be at least some systemic change. Until we can address the systemic economic and societal inequality in the U.S., there’s no chance of us taking big enough steps,” Wakefield said.