Great America terrorized by a mob of teenagers 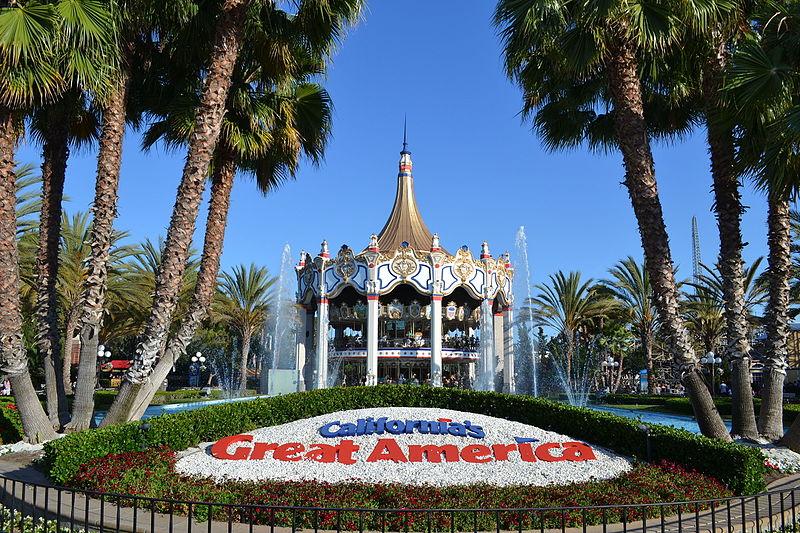 Great America is transformed into the frightening attraction, the Haunt, during the month of October. This is where thefts perpetrated by teens occurred the weekend before Halloween.

Many Bay Area residents’ nights came to a shocking end when mobs of thieves went on a rampage at Great America’s Haunt.

Exact numbers are unknown, but police believe that 15-20 boys were involved in alleged robberies, assaults, and thefts. Two people had to be hospitalized, one for being tased with a stun gun and one for being punched in the head, both of whom have been released.

There were reports of 15 thefts and four assaults according to police Lieutenant Dan Moreno.

“I think it was more a crime of opportunity; a bunch of kids took advantage of confusion in the crowd,” said Moreno in an interview with Mercury News.

The park was buzzing with people on Oct. 28, the Saturday before Halloween and typically the busiest time for the park. About 20,000 people were said to be in attendance that night.

Some frightened guests scaled fences in order to leave the park’s’ premises as police stepped up security in the amusement park and started ushering people out of Great America an hour before the park’s regular closing time at 1 a.m.

Noe Bracamontes, a witness to the violence that occurred, said to CBS 5, “We heard [the taser] and I was like, ‘Is that what I think it is?’ Someone just started like tasing the girl. Almost like stabbing her in a way. It was chaotic. It was hectic.”

Many had questions about how the teenagers even had the ability to get tasers into the park because of the fact that everyone must go through a metal detector and have their bag searched upon arrival.

In the park’s 10 years of operations, according to Moreno, nothing of this magnitude has ever occurred.

Many users took to Twitter to express their outrage and confusion over what had happened on that night.

People gettin their phones and wallets snatched out of their hands at great America and in their parking lot. Be careful out there.

What kind of world are we living in now? Picked up my sister at Great America only to find her in tears and scared to death…?

In a statement after the chaos, Great America said that the safety of their guests is their top priority, but did not go into detail about who was behind the attacks and if there was an investigation going on.

Isabella Mattioli, a sophomore at Carlmont who has attended the Haunt in the past, said, “I don’t think I would return to the Haunt after hearing this news. I’m surprised that the security wasn’t good enough to prevent people from bringing Tasers into the park.”

The Haunt prides itself as being “the fright of your life” and for many people, it really was the fright of their lives.