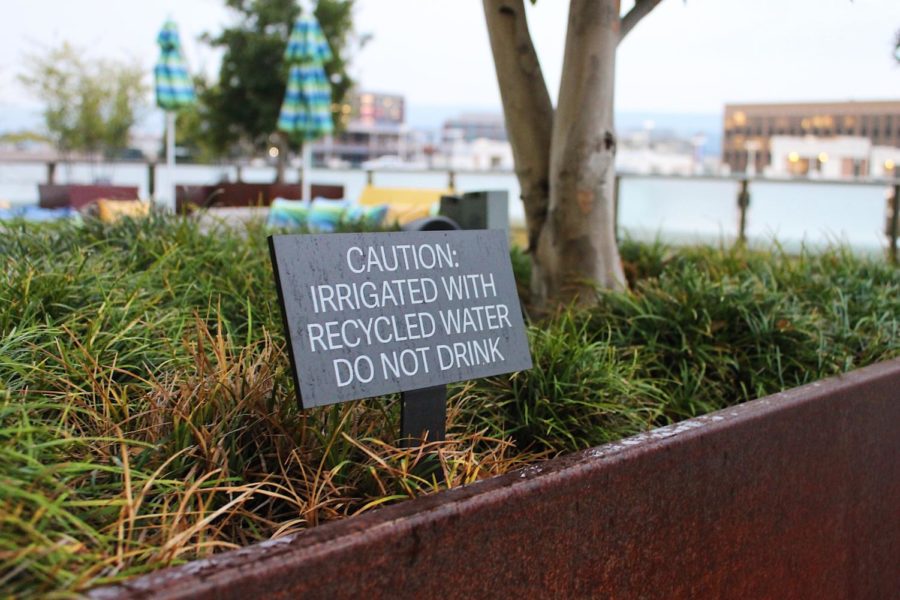 Green technology is growing throughout the world

Families flee in horror while watching flames steal away their home. The sky’s pleasant blue burns into a raging red. Gusting winds whip up the flames as they grasp onto anything to destroy. Flickering embers circle through the sky. The deep amber flames grow past the tips of the trees and release smoke that permeates the air. As it slowly sinks down, the residents suffocate.

According to a study by the United Nations Office for Disaster Risk Reduction (UNISDR), natural disasters have taken more than 600,000 lives and left over four billion people injured or homeless over the past 20 years, leaving trillions of dollars worth of damage.

These numbers will continue to climb if no action is taken.

Global warming is the increase in temperature of the earth’s atmosphere. It is primarily due to the greenhouse effect which is caused by increased pollutant levels. Global warming has effects on wildlife such as mass extinctions and acidic oceans. In addition to natural disasters, it causes unhealthy air and higher sea levels.

“A lot of people don’t really care about climate change because it’s been going on for so long and people just forget about it,” said Sophia Campbell, a sophomore at Carlmont. “People don’t realize that it’s a serious threat that will affect our lives.”

According to Pacific Standard, biodiversity is important because low diversity causes weak gene pools and therefore weaker adaptations. It is necessary on Earth to keep the food chain balanced. With mass extinctions, the food chain gets ruined resulting in the overpopulation of one species. That one species will eventually die due to lack of food which essentially causes a cycle of extinction.

Unhealthy air caused by pollutants is harmful to humans. Medicine Net states that it can damage lung function, worsen the respiratory symptom, aggravate those with asthma and other lung conditions.

The World Wildlife Fund reports on the consequences of rising sea levels. As ice glaciers melt, sea levels rise which poses a risk to those living on coasts and islands. Sea levels have already risen above two islands in the Central Pacific. Thousands of islanders have been forced to move to higher ground because of this phenomenon.

“We are already seeing the negative impacts of global warming, including big hurricanes like Sandy and Katrina and the more frequent wildfires like the Camp Fire. Droughts are also causing political instability in poor countries and a surge in refugees,” Leslie Kramer, an Energy Engineer at Stanford University, said. “I’m worried as well about outbreaks of new diseases caused by ecological disruption and loss of agricultural productivity over time.”

The Green Revolution was the start of “green” technology. It was a transformation of agriculture in the 1940s and 1960s that used resources carefully to make the most out of every material.

Green technology is helping to fight climate change as the industry continues to grow. As Earth’s natural resources are drying up, the use of green tech is a solution that could save our planet.

Max Geiger, a college student in University of Hawai’i at Hilo said, “I worry about my family back in Arizona because it’s supposedly going to be uninhabitable in a few decades because of climate change.”

Popular Mechanics revealed some recent inventions that are working to fight climate change. Each targets a specific issue that global warming has caused.

One of these inventions targets the most detrimental issue, the excessive amounts of Carbon Dioxide (CO2) released into the atmosphere. A new invention in Hellisheidi, Iceland the world’s first “negative emissions” plant, turns CO2 into stone. However, it can only capture 50,000 kilograms of CO2 out of the 40 trillion kilograms being produced each year.

“I first became interested in energy conservation when In was in high school, and my interest blossomed in college. I read a book called ‘Soft Energy Paths’ by Amory Lovins which persuaded me that with greater use of energy efficiency and renewable energy, we wouldn’t need nuclear power plants,” Kramer said. “Now I am motivated by using green tech to reduce carbon emissions as well as avoiding the use of nuclear power.”

Due to it being a complex science, green tech requires a lot of funding to be able to experiment with inventions. According to Energy Gov, the government is often stiff with funding for these types of projects.

“We have the green technologies to reduce carbon emissions, including solar power, wind power, and electric cars. But we have a lack of political will to ramp up investments in these technologies,” Kramer said.

There are many everyday actions that can be taken to help the planet. In the end, these basic tasks are what is going to keep the planet safe for as long as possible.

Alex Nyholm-Goncalves, a sophomore at Carlmont said, “We need to take care of our planet, even if it doesn’t affect us in our lifetimes, how could we die knowing that we left the planet unsafe for our children and their children to come?”

“I hope the more enlightened generation will soon be able to outnumber climate deniers in the U.S., and will vote for leaders who support green tech,” Kramer said.