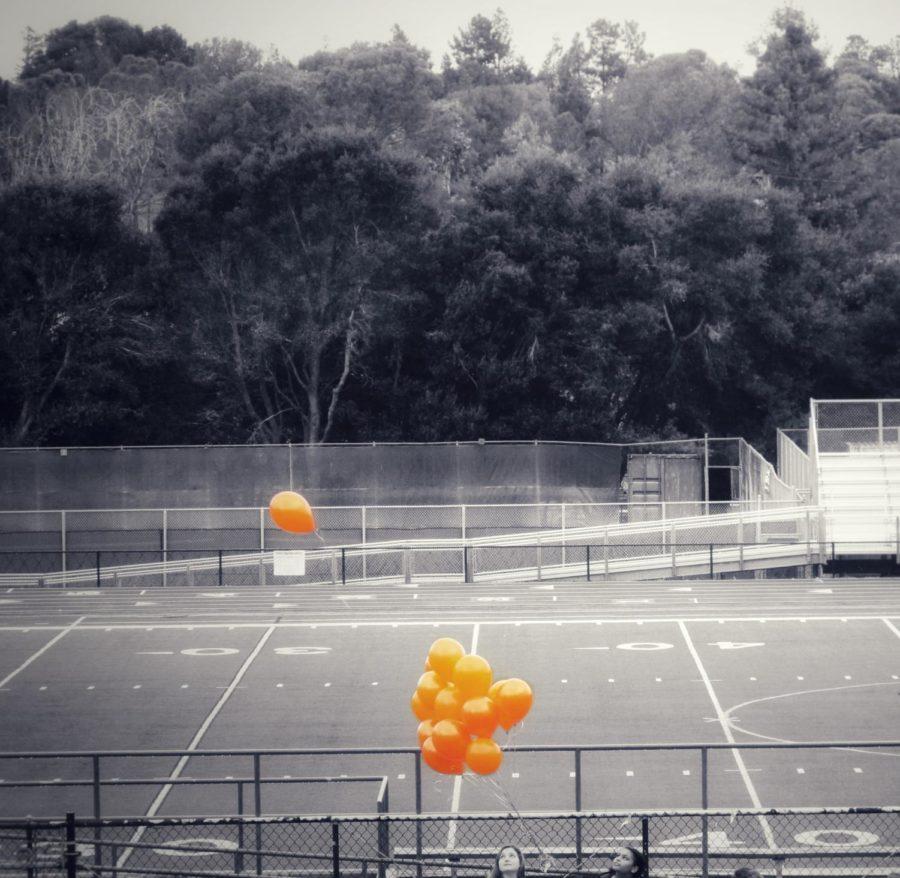 One by one, all 17 balloons were released. Untied with each passing minute, they honored the 17 lives lost.

Gunshots amidst heart-shaped balloons and boxes of chocolate celebrating St. Valentine’s Day plans were least expected at Stoneman Douglas High School. And yet, heard they were.

One month from the death of 17 innocents by gunman Nikolas Cruz, like-minded individuals across the United States of America will engage in a walkout.

They will walk out from their desks and classrooms, off fields and off tracks. March 14 from 10 a.m. to 10:17 a.m. is called by the Women’s March Youth EMPOWER group to remember those lost during the Stoneman Douglas High School shooting.

However, it is uncertain how schools nationwide will react to this walkout.

“The day as a whole will give school administrators the opportunity to meet with student leaders to discuss how we as a community want to remember the students and staff members killed in the Marjory Stoneman Douglas High School shooting,” Mary Streshly, superintendent of the Sequoia Union School District, said.

“I’m proud of the students that want to take initiative and stand up for what they believe in. It shows support for the 17 victims and their families while also raising awareness about the desire to change gun laws,” Crame said.

But supporting the walkout does not necessarily entail free reign of the 17 minutes.

“Although I support our students’ desire to make a positive difference in the world, our priority is to ensure student safety; we expect students to remain on campus,” Streshly said. “However, we cannot prevent them from leaving, and should they decide to leave, they will be marked absent and we will not be able to ensure their safety.”

Each school district is able to regulate and control their policy response towards the walkout. While Carlmont does not sanction nor sponsor the walkout, parameters can be set on how to best work with the partaking students.

“Although it is a disruption to normal school activities, [Carlmont] chooses to work with students, to hear them out and guide them in a way that is acceptable,” Crame said. “However, walking off campus is something I cannot condone. We are going to supervise and make sure students are safe.”

Other schools, such as Needville High School in Texas, are not as supportive.

Texas – A letter sent to families by Needville ISD Superintendent Curtis Rhodes, threatens students with a three-day, out-of-school suspension if they join in growing protests nationwide over the Florida shooting.https://t.co/pZaBWZ6FIj#NeverAgain #MarchForOurLives pic.twitter.com/vTnKR6EQJ1

School policy describes such an example of absence when 20 minutes are exceeded. Students who attend their first period per the usual, participate in the following walkout, and return to their classrooms within the allotted time period will suffer no attendance marks.

Apart from students, those being teachers, administration, parents, and all others are also encouraged to be involved. They are also expected to meet their employed responsibilities first and foremost.

The surrounding community does allow participation.

Mayor of San Carlos, Bob Grassilli, said, “I don’t believe the city is going to stand in an official capacity for or against it, but for the community, it’s a matter of personal preference and personal choice. Everyone has to look at their own consciousness and decisions.”

Meanwhile, those who decide to not participate in the event are not to be ostracized.

“There are situations that some will not be comfortable doing it is outside of the norm—and those people need to be respected. It shouldn’t be a negative connotation,” Grassilli said.

In the larger picture, regardless of district intervention or lack of it, students are choosing to move against what they recognize as wrong and make a stand.

“I think anyone who wants to get involved in a positive way should be commended. We have a situation spiraling out of control in our country right now, and as usual, young people are taking the lead on it,” Grassilli said.