‘Hadestown’ is a breathtaking journey to the underworld 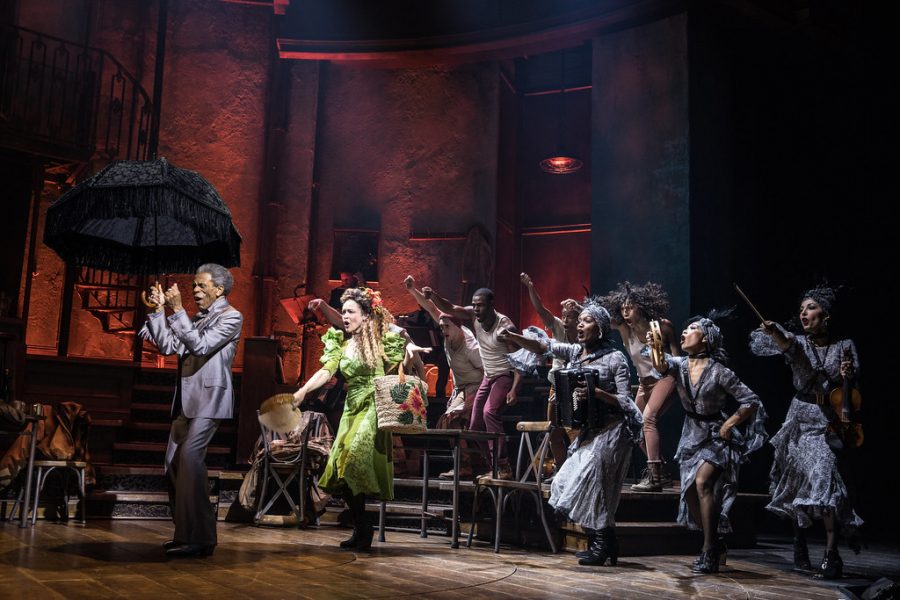 The Broadway musical “Hadestown” is an unconventional adaptation of an old story, adding folk and jazz music to an ancient Greek myth. “Hadestown” was one of Broadway’s hottest tickets before it closed, and for those of us who were not yet fortunate enough to see it in New York, it will be coming to San Francisco on its first national tour.

The musical is breathtaking from the very beginning to the finale. This incredible show finally came to Broadway in 2019 after 13 years in the making by singer-songwriter Anaïs Mitchell, and it is well worth the wait. Mitchell beautifully brings to life the Greek myth of young lovers Orpheus and Eurydice, intertwined with the Greek myth of Persephone, the Goddess of Summer, and her husband Hades, the King of the Underworld, which is also known as Hadestown.

When the audience first meets Persophone, she seems to be a joyous free spirit, but when she descends into Hadestown for the long winter, she is frustrated with her husband and saddened by the state of Hadestown. It becomes apparent that she covers her pain through parties and wine, and Hades, a once caring man, becomes a cruel and powerful king.

This version of the myth portrays Earth in a Depression-era time of hardship, poverty, and extreme cold because Persophone is in Hadestown. In the story of Orpheus and Eurydice, an untrusting and independent, poor young woman named Eurydice is lured to the underworld by Hades to escape poverty and famine. She accepts because the promise of not being hungry or cold again is very appealing. Orpheus, a young and poor optimist, working on a song to get the seasons to be normal again, sets out on a journey to Hadestown to bring the girl he loves back to Earth.

The show is entirely sung-through and combines New Orleans jazz with folk music. Every scene and song intertwine seamlessly, making the story feel cohesive. The lyrics in the songs are beautiful, provide character development, and foreshadow what is to come.

Such a large part of storytelling is the sets, and ‘Hadestown’ does not disappoint. The curtains open with a New Orleans-esque tavern, later the walls open up, revealing enormous swinging lanterns as Orpheus descends into a coal mine-like underworld, Hadestown.

If you are looking for a happy, feel-good show with flashy costumes and sets, this might not be for you. However, ‘Hadestown’ is so rare and beautiful; it shows the audience that all it takes to change the world is one person who can see how the world could be despite the way that it is. Between the gorgeous music, the breathtaking staging and sets, incredible performances, and the moving storytelling, I recommend getting tickets to see the show when it comes to San Francisco in June and July of 2022. Although tickets are not currently on sale, season tickets are available here. However, if the theater isn’t your thing, the cast recording is excellent.

If you loved the wildly popular musical ‘Hamilton’ that took America by storm in 2016, you might also like ‘Hadestown.’ They are both uncommon in their reconstruction of old stories and are entirely sung-through. In both musicals, you can understand the whole story from just the music. Like ‘Hadestown,’ which uses jazz and folk music, ‘Hamilton’ applies hip hop music to the story of one of America’s founding fathers, Alexander Hamilton, making old stories new and relevant.

The lights of theaters may be dark now, but in Eurydice’s words, “the darkest hour of the darkest night comes right before the dawn,” and the lights of Broadway will shine again.