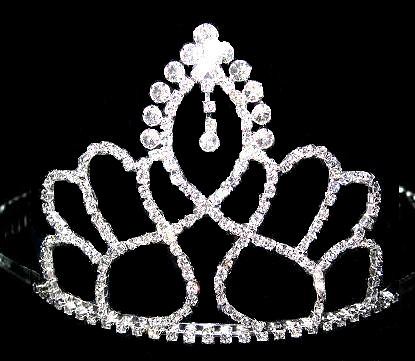 Americans have become both captivated and repulsed by TLC’s Here Comes Honey Boo Boo, a reality show following the lives of Alana “Honey Boo Boo”  Thompson, who is a six-year-old beauty pageant participant, and the rest of her redneck Georgia family.

Many viewers were initially drawn to the show because they found Thompson and her family entertaining, whether it was because of the family’s strange way of speaking, or for the vulgar personalities exhibited throughout the show that, for some unexplainable reason, people find humorous.

Freshman Pyper Hayden described Thompson as “this fat, annoying kid who is hilarious.”

One of the season’s highlights for Hayden was when Thompson and her family partook in the Redneck Games, a Southern take on the Olympics. Hayden said, “Its just kind of funny to, like, watch fat people jump into mud. It’s just thrilling.”

Others were drawn to Honey Boo Boo because of the family’s unique behaviors. Sophomore Amanda Breslauer said, “Honey Boo Boo’s family has an interesting way of speaking and is really different than mine.”

Thompson’s fast-talking, word-slurring family invented many new words that humored and confused much of America. Thompson’s mother, June, who some believe resembles Jabba the Hutt, said, “Vajigglge jaggle is not beautimous,” when referring to being of a heavy weight.

Of additional interest is the family’s poor dietary choices. One of their favorite family recipes is “sketti,” pasta covered with a mixture of ketchup and melted butter.

All members of Thompson’s family are overweight, which is not surprising after seeing how they eat. While some viewers took pity in the family, others felt that their uncontrolled weights made them all the more funny to watch.

For many, Honey Boo Boo is a guilty pleasure.