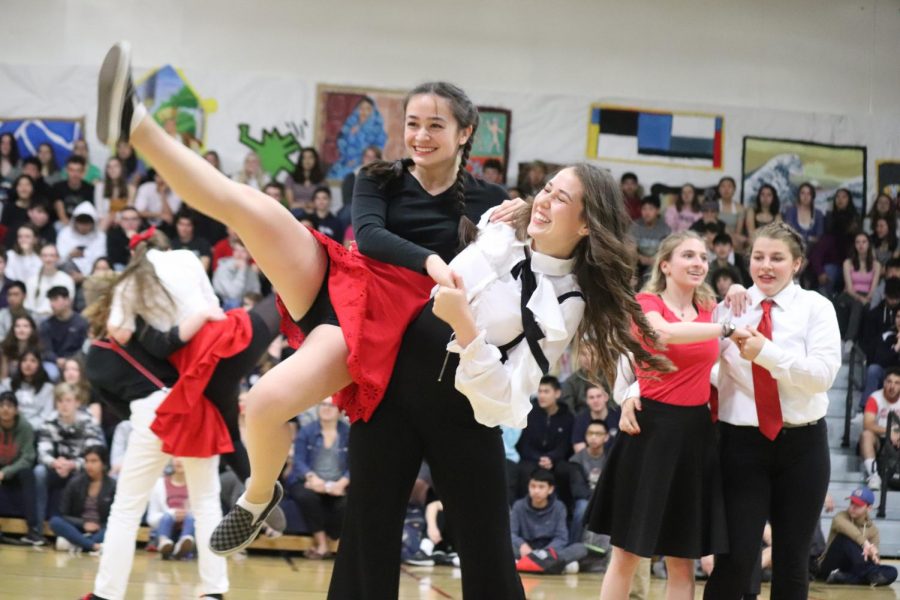 Swing Club performs to "Never Had A Friend Like Me," highlighting the inclusive nature of Heritage Fair towards cultures at Carlmont.

The roar of the crowd echoes in her ears as the spotlight beams, highlighting her still figure. All eyes are on her, and yet, she doesn’t falter as she explodes into movement, the tapping of her shoes against the floor dominating the gym.

Cheers fill the air as she pauses, but her performance isn’t over yet. Her hands reach up and begin to clap, and soon, the crowd is clapping along too as the music comes on, a backdrop for the star onstage. Chelsea Plunkett is only a freshman, but her performance captured both the heart of Carlmont’s student body and the essence of the Heritage Fair.

Every year, Heritage Fair welcomes clubs to celebrate their culture and raise awareness through the assembly, and this year was no exception.