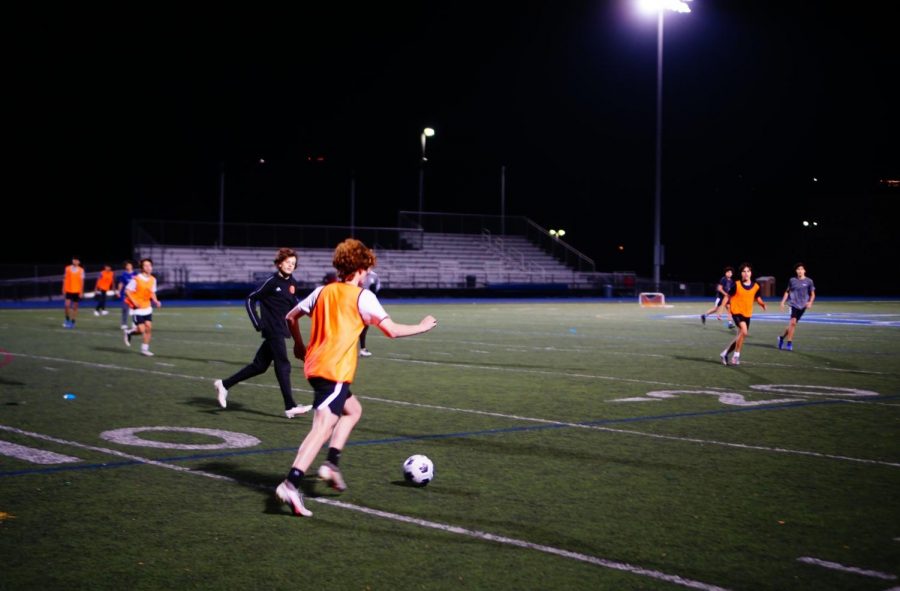 As the winter season of sports begins, a batch of new and returning student-athletes adapt to playing for the Carlmont sports teams.

Some of these athletes play for a club outside of Carlmont, while others haven’t had much experience playing their sports. However, no matter one’s level of prior training, playing for a school team brings new changes.

Many student-athletes play for a club team simultaneously during the school season, such as sophomore Arin Kadakia, who is on the JV boys soccer team. He noticed the increased competitiveness among teammates on the school team.

“The soccer team at Carlmont has many more players than the club team I play for, so I feel more pressure to perform well at practices so I can have more playing time in games,” Kadakia said.

“The tryout for my current club team was practicing with the team for one or two practices. However, the tryouts for Carlmont were over a week long, which drained a lot of my energy,” Kadakia said.

Sierra Akbari, a freshman on the JV girls basketball team who has played on club teams in the past, found that playing for a club is more serious than playing for the school team.

“Being on a club team was more stressful for me because we had to travel a lot, and the coaches were more strict than my current Carlmont coach. Also, we didn’t know any of the teams we played during a club season, while we know all of the other schools we play against and their play styles,” Akbari said.

There are also some athletes who don’t have much, if any, experience playing their school sports. Sophomore Christopher Hojo is on Carlmont’s wrestling team, and his only experience wrestling came from being on the wrestling team during last year’s pandemic-shortened season. A few weeks into his first full season, Hojo noted some challenges he’s faced so far.

“One thing that’s been hard so far is all the conditioning we do, which includes a lot of drilling and sparring. This leaves me really tired after practice; however, it also gets me in better shape and makes our team stronger,” Hojo said.

Looking towards the future, the winter sports teams are anticipating their first regular-season games, which begin at the start of the second semester. Before then, the teams will play preseason games in December, where they can improve their skills.

“I’m happy we have a few preseason games before our first real games start because we will have a chance to develop our team chemistry and get better as a team,” Kadakia said.