Hollywood faces scrutiny for a lack of diversity in films 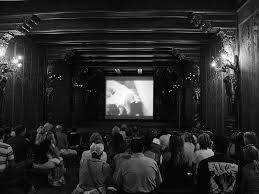 Film has always showed its audiences the visual beauties of other parts of the world. But as far as casting is concerned, the industry has been criticized for not being culturally diverse.

In Marvel’s recent film, “Doctor Strange,” the casting choice of Caucasian actress Tilda Swinton to play a Tibetan character has led to many complaints of a lack of diversity in American films today.

The movie industry has been highly denounced for the practice of “whitewashing”– casting white actors for ethnic roles. Similarly, last year, in the romantic comedy “Aloha,” Emma Stone played a character who was labeled as half Chinese and half Native Hawaiian.

“If you are going to have a film with an ethnic role and you do not cast an actor of that ethnicity, you should not be making that film,” said Carlmont senior Blake Du Bois. “It defeats the purpose of the art form; it’s not authentic.”

The issue of white actors playing roles of different ethnicities is not a recent one, as it commenced in the early days of film. In George Melford’s 1921 silent romance “The Sheik,” American film star Rudolph Valentino played a member of Arab royalty.

“Movies that are set in different places in the world should attempt to show the cultures of those regions,” said eleventh-grader Maddy Meier. “If you are using a white actor or actress to play someone of a different culture, it does not truly convey the meaning of the film.”

The industries’ defense of the issue is usually regarding financials. Infamous filmmaker Ridley Scott faced much scrutiny for the  casting of his Egyptian epic “Exodus: Gods and Kings,” but he claimed in an interview with Variety that if he had casted Egyptian actors, the film would not have made as much money.

“I can’t mount a film of this budget, where I have to rely on tax rebates in Spain, and say that my lead actor is Mohammad so-and-so from such-and-such. I’m just not going to get it financed,” said Scott.

Hollywood has recognized this issue, as big name studios such as Marvel have claimed that they will work hard to further diversify their film casts. But even with these claims, film producer Stephen Joel Brown has recently announced the making of a biographical film about 13th-century Persian poet Rumi. And Brown’s first choice for the role? Leonardo DiCaprio.

“To me, it’s a matter of priority,” said eleventh-grader Amin Jadallah. “Is it the validity of the art form or the amount of money the film makes?”