Homecoming: more than a popularity contest 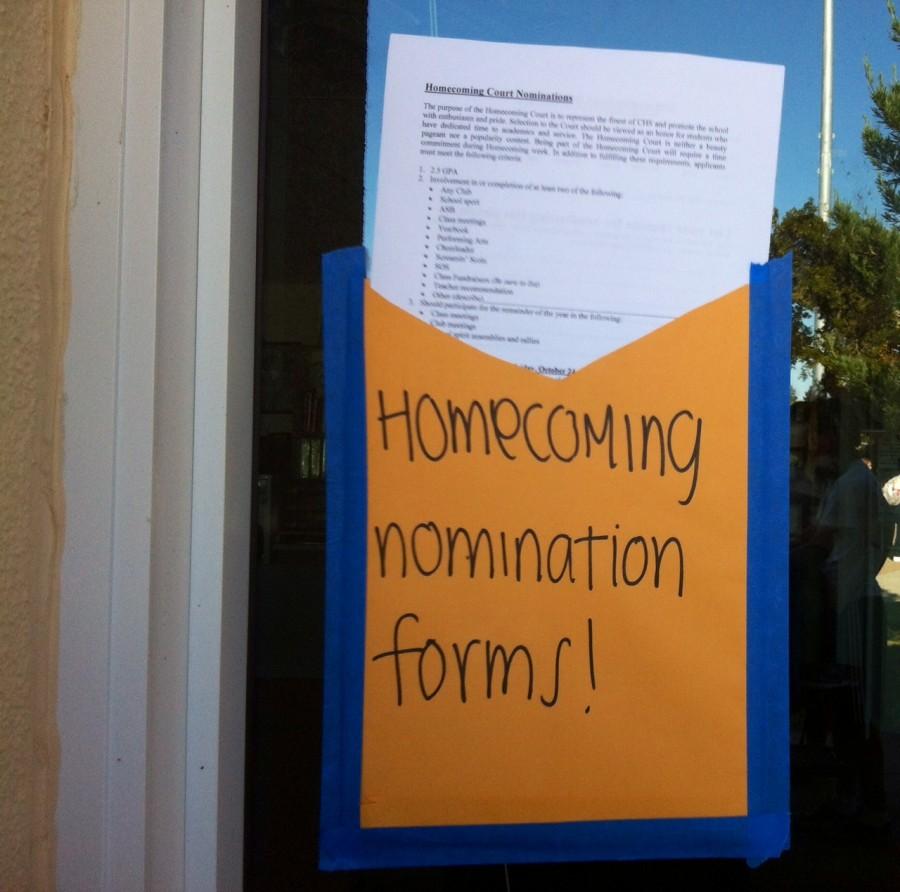 Get involved and nominate someone for Homecoming Court. You can fins them in this envelope outside the ASB room A-8.

A large portion of the student body considers Homecoming elections a simple popularity contest, but the Associated Student Body (ASB) sets requirements that ensure the elections to be much more meaningful.

Sophomore Chelsea Stewart shared her thoughts on Homecoming elections, “It’s more of a popularity contest than anything,” and that it is “unfair to those who don’t get noticed at school as much as they should.”

Similarly, ASB human relations commissioner Veronica Pontis said, “Homecoming Court is based on popularity, because in a school as big as Carlmont, it is hard to know everyone in your grade, so naturally people pick the candidates that they recognize or think are pretty.”

It is important for students to know that while there is undoubtedly a popularity aspect to the elections, the nominee also has to be a contributing member to the Carlmont community.

For those interested, posted outside the ASB room is an envelope containing Homecoming Court nominations. On that sheet is a list of requirements for anyone elected to Homecoming Court. Any student elected to the court must participate in two of the activities listed and continue to do so after elections.

Additionally, a student can only be eligible for Homecoming Court if they have a 2.5 GPA or higher, narrowing the pool of possible nominees.

The nomination form states that being a part of Homecoming Court will require a time commitment during Homecoming week. It also explains that Homecoming Court is meant to represent the finest of Carlmont and promote the school with enthusiasm and pride.

ASB dance supervisor Megan Guillermo said, “The students who are most involved are usually the ones people vote for.”

School activities can be anything from a school sport to performing arts. To see the full list of activities and requirements pick up a nomination form outside the ASB room in A-8.

In the end, it is up to the students to determine what homecoming is and the outcome of the elections. It can be all about who is prettiest and the most popular, or the student body can bring homecoming elections back to their original purpose, to honor students who have dedicated their time and service to our school.

If you want to get involved with the election process, and nominate someone you think deserves to be recognized for their contributions to the Carlmont community, pick up a nomination form and give them the attention they deserve.