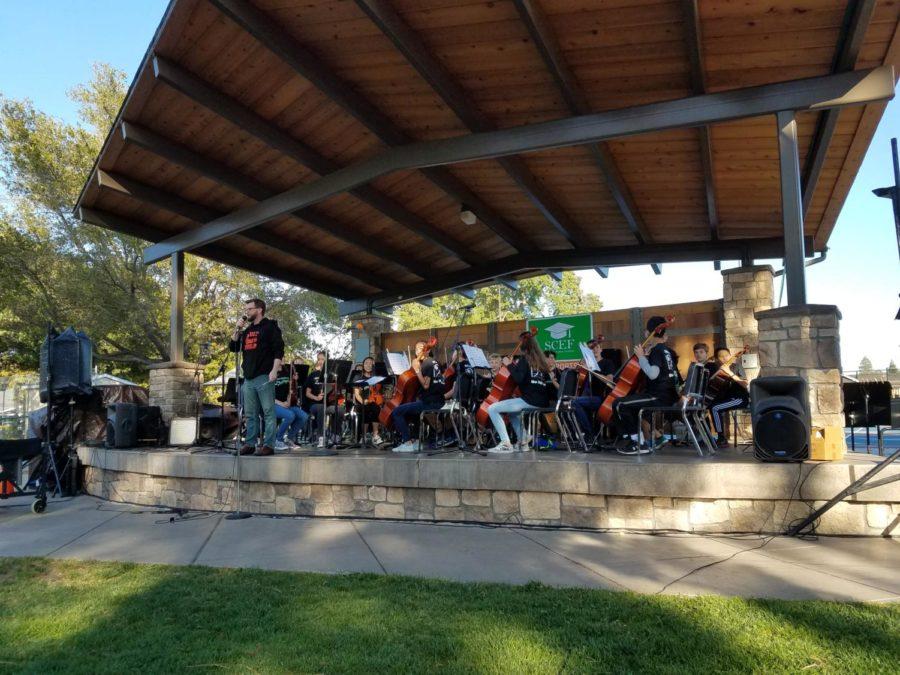 With holidays such as the Fourth of July, it is easy to forget about one’s hometown.

With San Carlos, this is not the case. From May 18–20, the San Carlos Hometown Days Committee and a group of volunteers puts on an event dubbed Hometown Days, featuring music, food, and games.

Hometown Days began in 1979 when then-Mayor Pat Bennie and other community members visualized a western-themed community event. The first version of this event was held in the spring of 1980.

Stacy Gaskill, a volunteer at the event, said, “Hometown days is 100 percent run by volunteers, and it’s a great event that the whole city participates in. It’s just a great way to give back to your community and see people you haven’t seen in a long time.”

The event began with a speech commemorating the start of Hometown Days and several musical performances hosted by the San Carlos Education Foundation. It was then followed up with a parade on Saturday and the Rotary Run on Sunday.

According to Gaskill, Hometown Days had grown steadily through the years to include new activities.

However, it also takes a lot of work to put on the events that make up Hometown Days.

“The committee members come together almost a year in advance. We meet once a month and meet even more often as we get closer to hometown days,” Gaskill said.

The Hometown Days Committee is split into different parts with a chairperson each for the food, games, and parades. However, what most people do not know is the work that goes into paying for and maintaining the event.

Some of these problems can manifest in the replacement or cancellation of an activity. For avid attendees at the Hometown Days event, a notable game was missing.

“This year we dropped our water bucket game because we knew it was going to be 60 degrees,” said Werner. “The Youth Center has also been partially closed so we decided not to do anything in there as well.”

However, despite the removal of several activities, attendees at the Hometown Days event still found it enjoyable.

Freshman Elise Wacha, who walked in the parade as a part of the local 4-H Club, said, “My favorite part of Hometown Days is being in the parade and with my friends. It is something that people who have lived in San Carlos for a while look forward to every year because it gives off a positive vibe and attitude about San Carlos as a whole.”

Now in its 38th year, Hometown Days is projected to remain a family favorite.

Gaskill said, “If you haven’t come, come. You don’t have to be a resident of San Carlos to come to Hometown Days — everybody is welcome.”