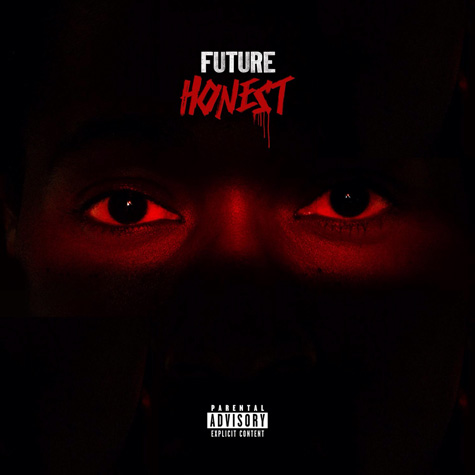 The rapper started his career around 2010 when he released a few mixtapes to the public and officially signed a record deal with Epic Records. As a result, his first official album, “Pluto” dropped in April 2012.

Future’s style of rapping mixed with autotune lured in the attention of many hip hop and rap fans along with pop listeners. People thought his music was catchy, yet still part of the rap genre.

Junior Audrey Weers said, “I think the fact that there are so many different artists on the album makes people more interested to listen to it. For example, when I saw that Wiz Khalifa and Drake recorded songs on the album, I was much more inclined to see what they came up with. Familiar names really draw in listeners.”

The songs “Move That Dope,” “I Won,” “Never Satisfied,” and “Karate Chop” topped on the album so far, all including collaborations with popular rappers.

“I really liked the album because each song has a different style to it. The songs which had collaborators on them seemed to mix Future’s style with that other artist, which I found really interesting. The album overall was a good addition for the hip hop and rap genre,” said junior Neeshae Wain.

Many popular hip hop and rap radio stations have also exposed Future’s music to more listeners by putting him beside other artists in the genre including Jay-Z, Drake, Kid Ink, and many more.

Junior Victoria Poslavsky said, “I found out who Future is from the radio and have gotten even more interested in his music. Since I listen to 106 KMEL in the car on the way to school, I’ve become familiar with some of the songs off of the new album. I really like ‘Benz Friendz’ and ‘Look Ahead’ because they’re unlike other rap music I’ve heard. The new album has really come through to catch my attention.”

All in all, Future is on his way to impressing the public with his new album “Honest” that’s getting the attention from numerous different groups of people.