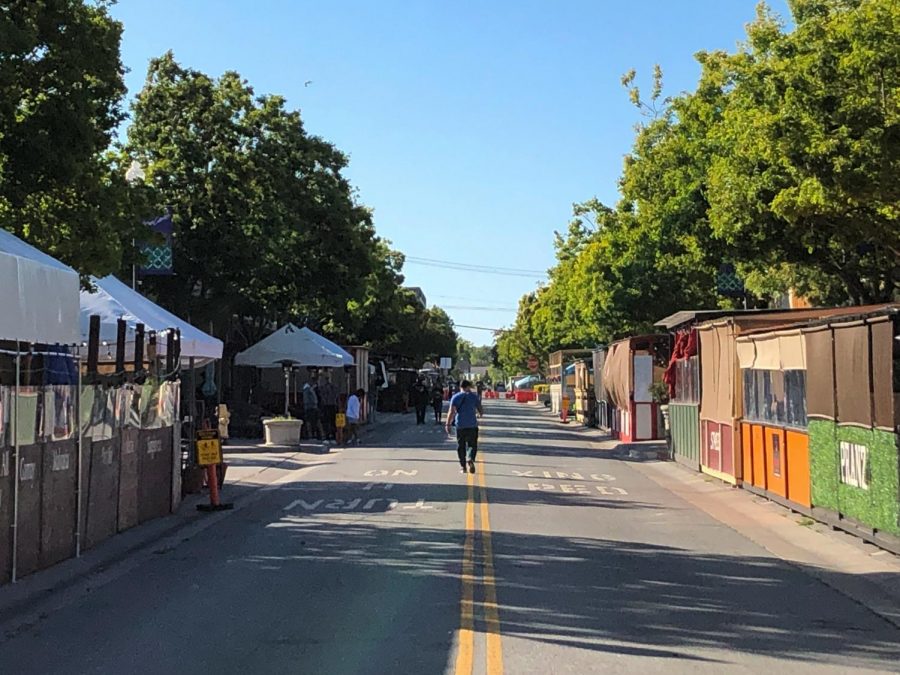 Many restaurants are struggling during the pandemic, but others have found new ways to stay afloat. For instance, some restaurants on Laurel Street in San Carlos: "Just taking a walk down Laurel Street, there’s a bunch of outdoor seating, and cars aren’t allowed on the road, and I personally really like that change; I think it’s nice to have a walkable area with outdoor seating,” said Rory McGann, a senior.

Restaurants have been struggling ever since the pandemic began in early 2020. With so many sudden changes in health regulations and COVID-19 ordinances, many small restaurants have gone under, while some have persevered or even excelled despite challenging conditions. But this all begs the question: how have Carlmont Scots’ favorite local restaurants been doing during the pandemic?

Miriam Pargas, a sophomore, shared that Five Guys, one of her favorite restaurants, had been doing alright during the pandemic.

“I’ve been to it at least four times during the pandemic to try and support it,” Pargas said.

However, it lost some popularity since it didn’t support indoor seating due to the COVID-19 restrictions. But before the pandemic, this wasn’t the case.

“[Before the pandemic], it was definitely sometimes crowded inside because everybody would want to get a seat,” Pargas said.

There were also some changes exclusive to just the restaurant itself. For example, for safety reasons, a fan favorite had to be removed for the time being.

“They’re known to have their peanuts in boxes, and you can just scoop them into cups and eat them, but they don’t allow that anymore because of everyone touching it,” Pargas said.

However, because of their numerous popular locations throughout the Bay Area, Five Guys seems to be doing just fine at the moment despite having fewer customers due to safety reasons.

Rory McGann, a senior, also shared some of his local favorites: the Thai restaurant Sirayvah and an Afghan cuisine restaurant, Kabul. Through the pandemic, both his family’s habits and those of local restaurants have changed.

“We do a lot more takeout than we used to,” McGann said. “It’s been interesting the past few months, as things started to open up, to see all the restaurants transition to outdoor dining and really embracing that.”

McGann and many others saw the noticeable decline in restaurant attendance that the COVID-19 pandemic brought. Many people weren’t as comfortable going to restaurants in person as before, but many at least switched to take out for the time being.

“The overall trend, even though it’s been coming back now as things are getting better and people are getting vaccinated, but there’s definitely been a sharp decrease in attendance. Hopefully, in the future, it will just continue to improve,” McGann said.

Tons of restaurants had to close permanently during the pandemic due to the immense hardships it has presented, which McGann even saw near Carlmont in San Carlos.

However, McGann saw some of the opposite, which was surprising due to the pandemic. Now is probably not the ideal time to open a restaurant, which is already one of the riskiest types of businesses.

“There have been new restaurants popping up, which I think is very brave people to try. I think the Greek restaurant Pylos on Laurel Street just popped up,” McGann said.

Taiyo Kobayashi, a sophomore, shared his experience with dining during quarantine. He also clearly saw the changes that COVID-19 brought upon restaurants of all sizes.

“Most restaurants changed to delivery or put the seats outside to avoid closeness,” Kobayashi said. “There are almost no customers, as they just order it online, pick it up, and go home.”

During the pandemic, some restaurants he visited were the Chinese restaurant Rickshaw Corner and the deli Plaza Gourmet Delicatessen, both of which are local restaurants in Foster City.

Regardless of where, it’s important to support local businesses everywhere, especially restaurants. It is tough for them to survive during these difficult times, so any contribution, dine-in or takeout, is helpful.

“I think since we’ve come a long way in terms of COVID progress, I think they’ve really expanded to where they can with the outdoor dining, and I think it’s been really successful,” McGann said.