Hydration is important even when not exercising 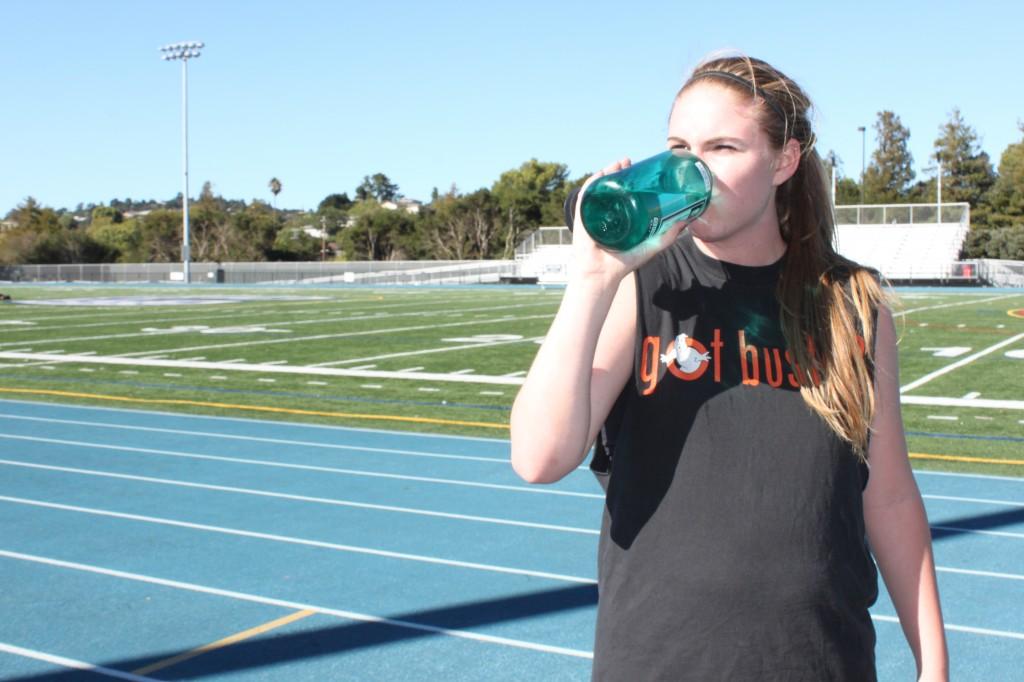 Although most athletes make sure to drink plenty of fluids during their game or practice, they may not feel revitalized for a while. This is because staying hydrated before exercising is just as important as filling up on liquids while being active.

Girls Varsity Basketball Coach Dan Mori noted that waiting until game time is “a little late.” Mori advised, “For peak performance, proper nutrition and hydration should be in place 48 hours prior to the athletic event.”

It is also important not to depend on energy drinks like Gatorade for energy.

Girls JV water polo player Allegra Ferme said that she prefers to drink water on game days because “water is naturally good for you.” Water is the only all-natural beverage and is recommended by most Carlmont coaches.

Mori said, “Water is the best thing you can have. Sugary sports drinks, while better than nothing, are not optimal due to the high sugar content.”

In 2010, former Governor Arnold Schwarzenegger supported a proposition to ban the sale and distribution of sports drinks in California schools because of the beverages’ artificial sweetener and other added ingredients, which are unhealthy if consumed outside of an intense workout.

Boys varsity water polo player Pierre Llorach said, “It is important to stay hydrated because you’re sweating out liquids while you play.” While Llorach relies on water instead of artificial beverages, he said that “staying hydrated is the most important thing” no matter what an athlete drinks.

Mori tells his team to “drink 64 ounces of water per day, or eight glasses at eight ounces each to make sure they are maintaining good hydration and proper nourishment up to and throughout any athletic event.”

It only takes a loss of about 2% of a body’s ideal water content for the effects of dehydration to appear. Llorach pointed out that working out causes the body to release its liquids through sweat.

Proper hydration makes it less likely for an athlete to become dehydrated, boosts the players stamina, and helps to prevent muscle cramping or strains. 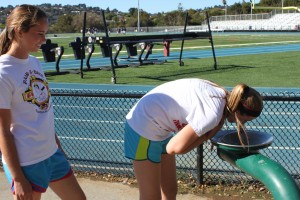 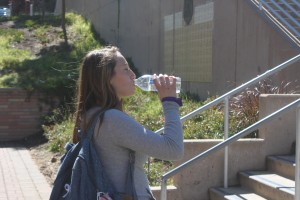 Junior Gianna Schuster carries a bottle of water every day, drinking long before (and after) any workouts for dance. Schuster said, “It’s essential for me to stay hydrated and healthy.”