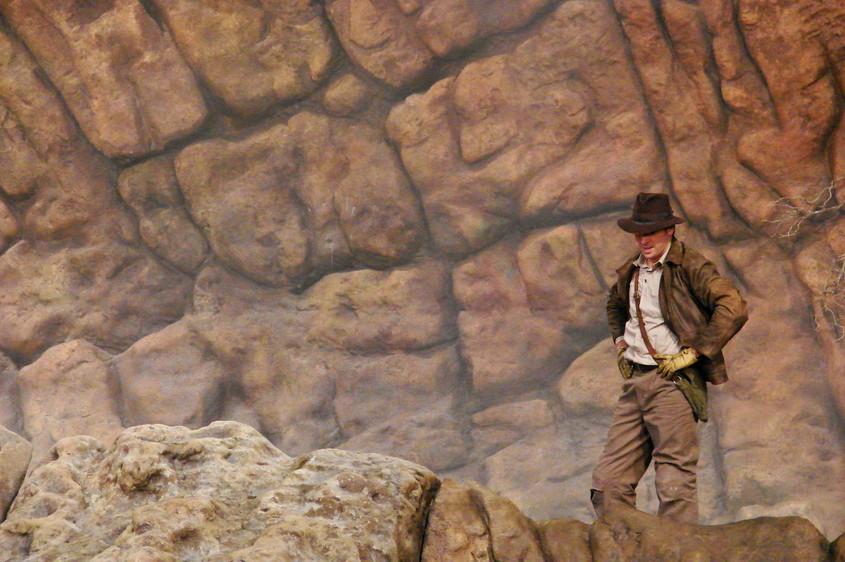 "Indiana Jones" will return to the big screen in 2019, as the famous archaeologist fights to awaken his fans from the "Star Wars" era.

Harrison Ford and Steven Spielberg surprised “Indiana Jones” fans by announcing that a fifth addition to the series will be hitting theaters on July 19, 2019.

Ford’s recent work as a star in Disney’s “Star Wars: The Force Awakens” led to a large spike in popularity of the series, as its already huge fanbase expanded to include younger generations.

Many hope that the fifth “Indiana Jones” movie, which is currently unnamed, will have an effect similar to that of the new “Star Wars” film.

According to Entertainment Weekly, Ford explained that the new movie will have “an audience that has enjoyed the previous films and a character that has both history and potential, creating a rollicking good movie ride for the audience.”

As many of these features of the new “Indiana Jones” movie also contributed to the newfound popularity of the “Star Wars” series, producers and fans are confident that the movie will be successful in theaters.

Junior Maria Garin said, “Since the movie will feature Harrison Ford, who is well known from many other movies, his fans, as well as the fans of the ‘Indiana Jones’  series, will want to watch the film. They will most likely bring their children, which will expand the fanbase to even more age groups.”

However, others fear that “Indiana Jones” has been out of the public eye for too long and that people will no longer look forward to the famous archaeologist’s next adventure.

Sophomore Edward Vendrow said, “I believe that the ‘Star Wars’ series is more relevant than ‘Indiana Jones.’ The fanbase is larger, and it seems to be more well known amongst teens. Because the ‘Indiana Jones’ movies are less prominent today, I think the movie will have a much smaller impact in theaters.”

Whether he overrides the impact of Han Solo in the new “Star Wars” film or simply brings back memories to older generations, Indiana Jones will be back in 2019 to share his next adventure with the world.