Is there hope for the future of movies? 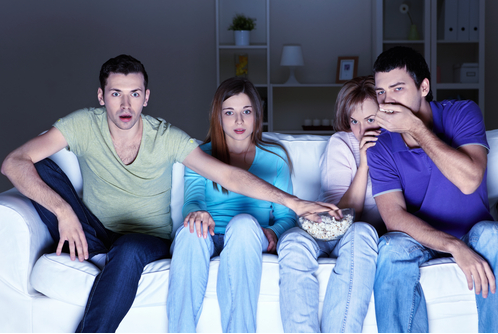 Movie audiences across the globe, especially teens, are at risk for MCD.

What is MCD? Movie Cliché Disorder. While the term may not be real, it is a reality that movie plots, scenes, and story-lines are hackneyed and repetitive.

In a recent poll, over 60 percent of Carlmont students felt that movie story-lines were not only overused but also overrated.

Teen romance movies are typically at fault for an overused plot or scene. These include but are not limited to forbidden supernatural love, star-crossed lovers, love triangles, and happy endings.

“It’s the same plot to everything, and really played out. Twilight is the epitome of an unoriginal love story,” said Savannah Grech.

According to critics, Grech may be on to something. On Fandango’s movie reviews, Twilight averaged at a 56 out of 100, scoring as low as a 40 from Wall Street Journal.

A survey concluded that only 57 percent of the student body watch teen romance movies, which can lead one to wonder if disheartening critic reviews had anything to do with that.

On Rotten Tomatoes, a popular go-to site to see how critics and average movie audiences reviewed movies, the second movie in the Twilight series, New Moon, received a 27 percent on the sites “tomatometer.”

The average score for New Moon by critics was a 4.7 out of 10, while the everyday audience member gave it a 3.6 out of 5.

Why was a movie series that globally grossed $3.4 billion obtaining so much negativity from top critics, while a loyal fan base leaves much kinder words behind?

Marsh, having seen every movie in the Twilight series, feels the audiences fall for what the movie is attempting to portray.

“Teen romance movies in general get so much hate from critics but not audiences because whoever makes the movie has an intended audience in mind, and critics will most likely not be that youthful, intended audience,” said Marsh.

“Movies are predictable, especially action. That doesn’t mean they aren’t thrilling, but you always know the outcome from the start. Not all movies are like that, but in general they are. I think a lot of that is due to the fact that it is getting harder to make movies that are original and exciting because most plots are used and obvious to the audience,” said Di Paola.

In juxtaposition, another student shed light on a different point of view.

“One movie I recently saw, The Purge, had a completely original plot. Basically, once a year for 12 hours all crime is legal, and a family who thought they were secure got caught up in a gruesome experience,” said junior Ryan Callahan.

“One of the reasons it looked appealing was because of that new, unexpected factor,” said Callahan.

The latest survey at Carlmont high school concluded that 76 percent of the student body had recently seen a movie with a new, intriguing plot.

There have been many notable films in the last few years that have in common a unique story-line, including The Purge, Inception, The Curious Case of Benjamin Button, The Great Gatsby, and the Harry Potter Series.

“A lot of movies have the same formula, centering around love, or good guy versus bad guy. Inception, however, was different. It was an original idea, and it blew my mind. It also helped that Leo is hot,” said Jason Chow.

The majority of movie-goers share the same opinion: in order for a movie to be interesting, it requires an unexpected plot that has not yet been overused by the film world.

The movie industry has a positive outlook, because according to the latest survey at Carlmont high school, 76 percent of the student body has recently seen a movie with a new, intriguing plot.