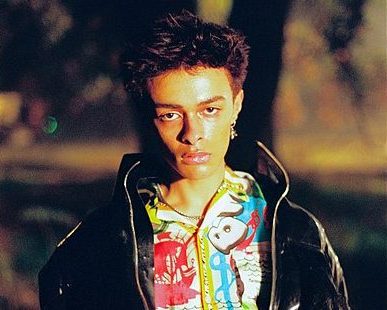 Isaac Dunbar's "isaac's insects" is a fantastic EP that highlights both lyrical and vocal talent.

If I’m being honest, I discovered Isaac Dunbar earlier this weekend through a Tik Tok video about “singers who’ve never made a bad song,” so naturally, I felt compelled to listen to his major-label debut released on April 9, “isaac’s insects.”

Dunbar stands alongside an array of other talented Gen-Z singers who have captured the public’s attention in recent years, such as Conan Gray and girl in red, the latter of which Dunbar toured with in fall 2019.

Like Conan Gray and girl in red, he is a member of the LGBTQ+ community; as an LGBTQ+ teenager myself, I’m glad that our community has diverse voices representing us in the music industry.

With a smooth voice and infectious synths, this EP is an ideal introduction to the alternative singer-songwriter if you have never heard of him before. He wrote all seven tracks featured on the EP, which focuses on themes of learning to embrace one’s identity while battling insecurities.

“Comme des garçons (like the boys)” sees him accepting his individuality as he challenges society’s notions of what young men are supposed to be.

The heart of the album, “Scorton’s Creek,” delves into his experience hiding his first same-gender relationship from society.

“I wrote it about the first time I was in a relationship with a boy, and Scorton’s Creek was a place where I lived,” he said in an interview with Billboard. “It’s a very special song to me because I’m very honest, and I feel like it shows how I loved that boy in a very raw form. I hope it can connect to people that feel like they can’t be safe being gay because that’s how I felt; I wasn’t safe being myself.”

The song begins with a muted piano but slowly builds to an emotional climax.

“I fear you love somebody else / But there’s no way that you can control how you feel,” he belts.

The title track, “isaac’s insects,” seemingly alludes to the downside of fame, including a lack of privacy.

“Insects know my secret life / they own my walls only at night / to judge me / oh, how they judge me,” he sings.

The EP ends with “colony,” a haunting ballad that contemplates death. Although it left me somber, it also made me curious enough to explore his other EP, “balloons don’t float here,” which was released last year.

“The aftermath of an armageddon of my world / who will comfort me?” he inquires.

Dunbar proves that he is a one-of-a-kind talent with this EP. You wouldn’t have guessed that he was only 17 years old from the maturity of these lyrics. Ultimately, “isaac’s insects” is the mark of true genius, and joins the work of other young musical prodigies in proving that age has no bearing on one’s ability to make art.