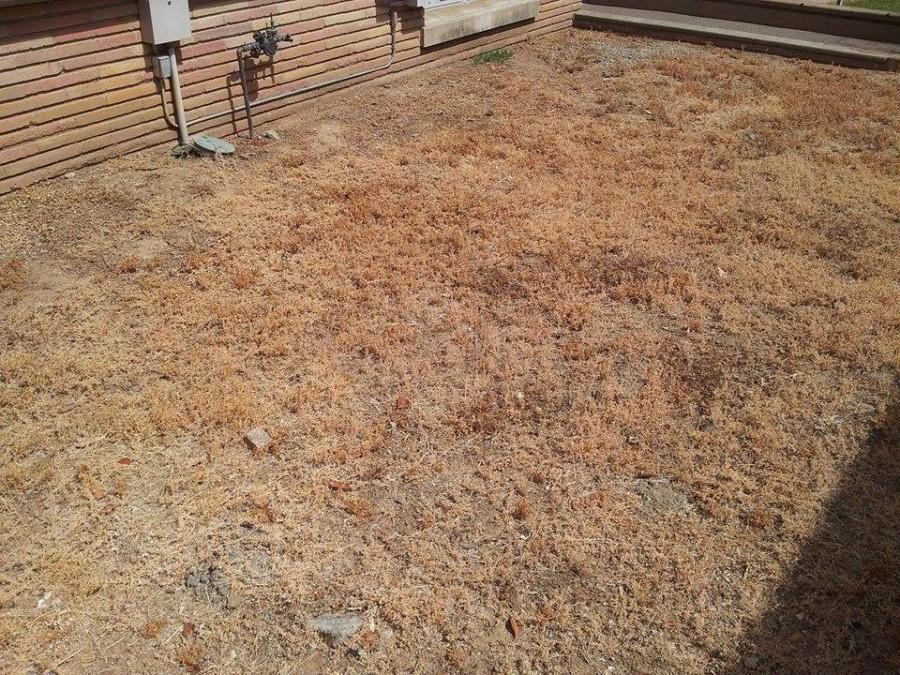 The grass near the quad at Carlmont has not been frequently watered because of the drought.

“Israel no longer has a water shortage,” said Uri Shani, a Hebrew University professor and former director of the Israel Water Authority.

Yet only six years ago, Israel was in a dire drought similar to that of California’s, and from its experience Israel has developed a number of water-saving techniques that may serve as a solution to California’s ever-worsening historic drought.

“Part of Israel is a desert, and there aren’t that many lakes and rivers, so I can see why Israel is also a victim of drought,” said sophomore Daniel Austin.

“Israel and California have cooperated on water issues for years, but never has collaboration by more badly needed,” said UCLA professor of Biomechanical Engineering and Chemistry, Yoram Cohen.

One technique that has been effective in helping Israel’s drought relief is desalination. Desalination plants produce fresh water by removing salt and other minerals from salt water.

According to USA Today, about 40 percent of Israel’s drinking water comes from desalination.

IDE Technologies, a company from Israel, is currently designing a desalination plant in Carlsbad, California that would provide 50 million gallons of desalinated water per day for as much as 300,000 people, according to USA Today.

“It’s great that Israel and California are working together on water conservation projects that can benefit both countries,” said sophomore Katrina Talavera.

Israel is also updating its irrigation system, and has advised California to do the same.

According to CNBC News, less than 8 percent of Israel’s urban water is lost through leakage.

In addition, Israel purifies 85 percent of all household wastewater, which is reused for agriculture. Another way California can conserve water is by growing crops that require less rainfall to grow, as advised by Israel.

“But to truly conserve water, Israel first had to convince people that water is a commodity and is not unlimited,” said Shani.

The Israel Water Authority has set an affordable water quota for every individual and farmer. Though any excess use of water is taxed heavily.

In consequence, the amount of water used by farmers was cut in half, surpassing California’s plan to cut water use by 35 percent.

“What we need is a comprehensive strategy to use water, and this is a good start,” said sophomore Swathi Nair.