Jefferson battles Carlmont for the win 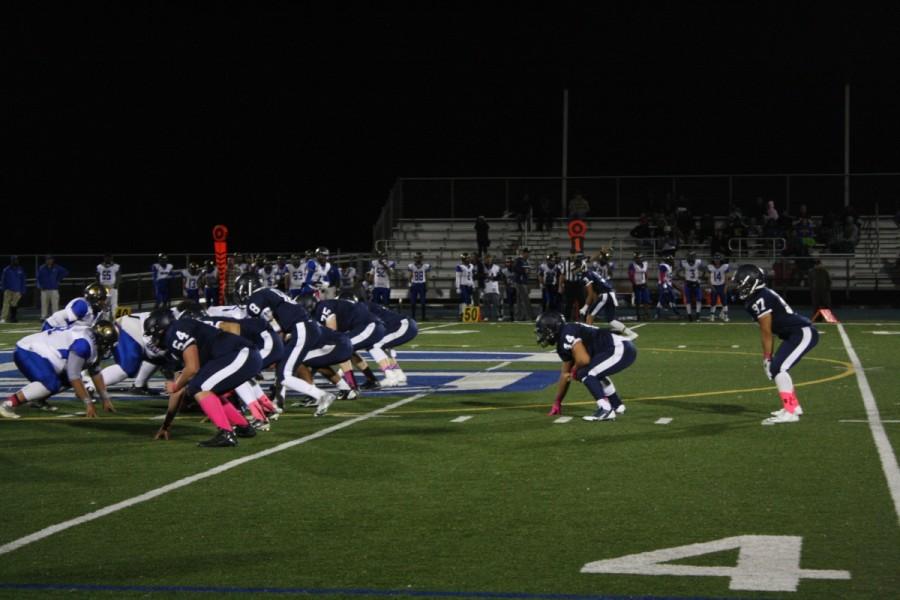 Neither teams could get any offensive momentum going early, ending the first half with a 7-0 lead off of a 13-yard pass from Grizzlies quarterback Damari Cual-Davis to Roshawn Livingston.

“It was really slow because their [Carlmont’s] offense had the ball,” said Grizzlies head coach Will Maddox. “I told my team at halftime, we’ve got to make plays on defense and get our offense the ball.”

“Basically, we were kicking into the wind. Going deep wouldn’t have ended well, so we targeted someone and went short,” said kicker senior Camron Dennler. “I think it really pumped everyone up to be able to get back on offense with that.”

The Grizzlies quickly stormed back with a 14-yard touchdown by Cual-Davis and a 45-yard punt return for a score by David Benjamin Jr. to seal the game.

“All we needed was a spark,” said Maddox. “We needed someone to make a big play, spark the team, and we would do the rest.”

In the final quarter the Scots did everything they could to get back into the game, but came up short.

“We couldn’t get anything clicking, and the turnovers started to add up,” said tight-end senior Nico Ferrario. “Time took its toll, and we were in a situation where winning was out of our hands.”

With another win, Jefferson continues to power their way toward reaching their goal of a PAL championship.