Journalism breaks through in Carlmont Cup 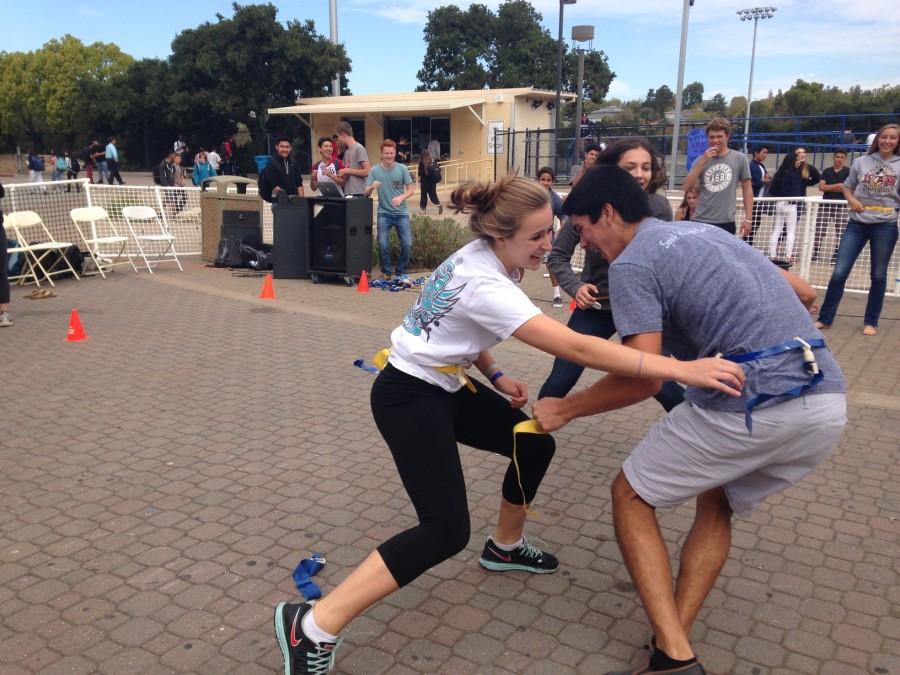 Seniors Amelia Armstrong (left) and Taran Sun (right) face off in an intense round of capture the flag.

It was a showdown. In a round of capture the flag, two opponents circled each other, eyes on the prize. Everyone else had been eliminated, and now the game entered sudden death. Suddenly, senior Taran Sun reached out and snatched the flag and just like that, it was over.

After breaking an intense tie, Journalism won against Girls’ Soccer in a round of Carlmont Cup.

Soccer player Amelia Armstrong said, “Girls’ soccer did a good job of staying spirited and positive the whole time. Even though [Carlmont Cup] is mostly little games, it’s a great opportunity to get a lot of groups together and have fun.”

Carlmont Cup is a recurring tournament that takes place at lunch, with more clubs and teams competing each year. It has been a tradition at the school that many people look forward to.

Armstrong added, “Although we can be very competitive, we had fun with each other and the other teams.”

Both Journalism and Girls’ Soccer supported their teammates in games such as one-on-one tug of war and knocking over cones with a ball.

Senior Elena Mateus said, “It was really nice to be able to win with Journalism, since my volleyball team and I also won in a previous round. This time it was a serious best out of five games.”

Spirit is at the core of the event, and many people come to the quad to watch and cheer on their friends.

Mateus said, “It’s all about bringing spirit and being loud. I try my best to get the team pumped up, and this time, there was no dispute that we won.”