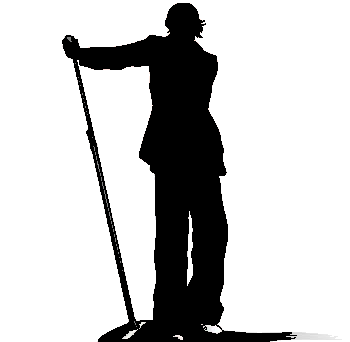 A silhouette of a singer.

Dominic Gialdini, Highlander Editor
“American Idol,” once the most-watched television show in the United States, continued its downward spiral when, on the first episode of Season 12, its viewers reached an all-time low for a premiere.

According to CNN, on Wed., Jan. 16, Fox’s reality show attracted the attention of a mere 17.9 million viewers, 19 percent less than the previous season’s premiere.

“I’m not that interested in watching ‘American Idol.’ I would rather watch ‘The X-Factor because Simon [Cowell] is on it,” said Mackenna Galicia, a sophomore.

“American Idol” steadily lost much of its fan base after Paula Abdul and Simon Cowell, two of the three original judges, left the show after Season Eight and Season Nine, respectively. Ever since then, Americans have lost their emotional investment in the judges.

“‘American Idol’ has not been the same since Simon left,” stated sophomore Emily Costello.

This year, “American Idol” introduced three new judges to the panel; Keith Urban, Mariah Carey, and Nicki Minaj. Many Carlmont students refused to watch the show because of their opposition to these new judges.

“I will not watch the show because it gets worse every year. It is the judges’ faults for that,” exclaimed sophomore Madeline McGee.

Minaj, in particular, fell under Carlmont scrutiny. Students did not believe that she was qualified to be chosen as a judge in the first place.

“Who in their right mind puts Nicki Minaj as an authority figure in anything remotely influential to viewers,” questioned sophomore Tina Enkhbat.

Minaj, a popular rapper and singer with an outlandish personality and style, has a tendency to get on people’s nerves. This contributed to the lack of viewers that “American Idol” generated on its premiere.

The future of “American Idol” looks bleak. If the show does not find a way to make the judges appeal to the viewers, it may not have many seasons left.