Justice is not so black and white 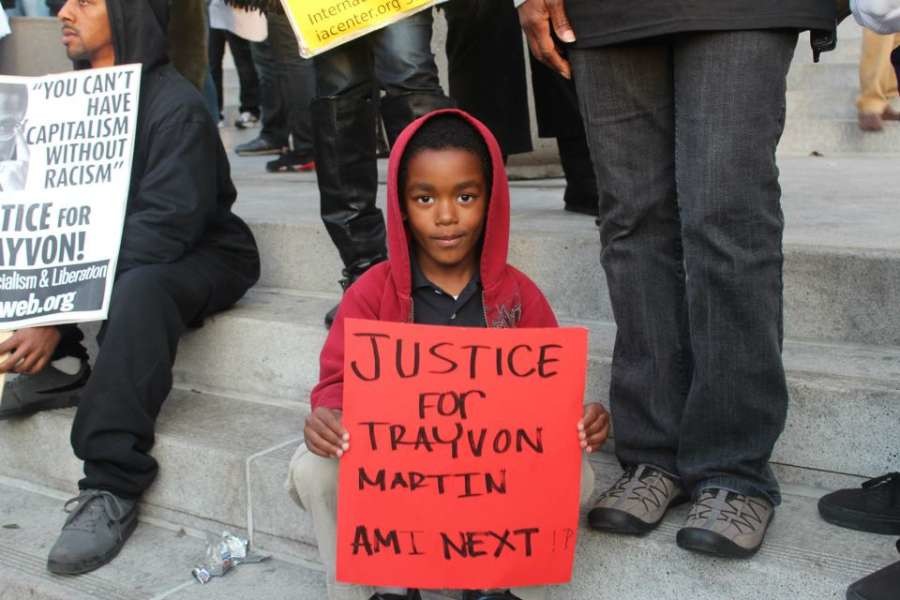 The United States of America has a bloody history of racial prejudice and abuse.

In the past 50 years since the Civil Rights Act was signed into law, great progress has been achieved.

However, racial tensions have never evaporated entirely from our blood stained soil, and they have increased with the deaths of black men such as Trayvon Martin, Michael Brown, and Eric Garner.

“Even the people who are supposed to be protecting us are hurting us,” said Aniles DeVoe, a black senior with regards to incidents of police brutality.

On February 24, 2015, the New York Times website announced that the final verdict has been delivered on the civil rights case that originally caught the nation’s attention.

George Zimmerman will not be charged with civil rights violations for the death of unarmed black teenager, Trayvon Martin in 2012, by the Florida Justice Department, according to The New York Times website.

Zimmerman was acquitted of second degree murder charges in 2013 by a grand jury, who stated there was reasonable doubt that Zimmerman acted in self defense against Martin.

“It is a racism issue- it always has been and it always will be. That had to be a factor into his death,” said senior Emily Fajardo.

After Zimmerman’s acquittal, the citizens of America were outraged, and those sentiments boiled over months later in Ferguson, Missouri when the deaths of Garner and Brown struck the public with their similarities to the Martin case.

On July 17, 2014, Garner was arrested for suspicion of selling individual cigarettes in Staten Island, New York. As an officer moved to restrain his arms, Garner exclaimed that he was not breaking the law and that he was tired of being harassed by the police, jerking his arm away from the officer.

Daniel Pantaleo, a white New York police officer, proceeded to put Garner in what he called a headlock, but what the medical examiner called a chokehold, which made it impossible for Garner to breathe and was partially responsible for his death.

The New York City Police Department forbids the use of chokeholds, and contended in litigation that Pantaleo did not use a chokehold on Garner.

Pantaleo avoided indictment when a grand jury concluded that there was not enough evidence to show Pantaleo was acting out of racism, reported the International Business Times website.

Less than a month after Garner’s death, a third incident was brought to the public attention when Brown was shot in Ferguson, Missouri, in an altercation with white policeman Darren Wilson.

Brown was caught on surveillance video stealing cigarillos from a liquor store moments before his altercation with Wilson. Wilson reportedly saw Brown walking and noticed that he fit the description of a robbery suspect, according to the New York Times website.

Brown approached Wilson’s police vehicle, and witnesses say there was an altercation between the two men. Wilson later claimed that Brown was attempting to steal his gun, and Wilson fired two shots, one lodging itself within the car and the other hitting Brown in the thumb.

Wilson avoided indictment in November 2014 when a grand jury decided there was not sufficient evidence to prove that Wilson acted out of racial malice towards Brown, according to The Atlantic website.

Sparked by concerns of racial prejudice in the Ferguson police department, riots flared to life first in Ferguson, then across the country in response to Garner and Brown’s deaths. Although these deaths happened separately in the summer months of July and August 2014, protests and widespread discontent have continued since then.

“Kids should be looking up to cops and these people, but instead we’re afraid of them,” said DeVoe.

Details of the three killings vary, however, are fundamental similarities that will forever link Martin, Brown, and Garner together. Three unarmed black men were killed, and none of their killers received punishment from the justice system.

Senior Emily Fajardo said that in the wake of these incidents, Americans should pay close attention to the actions of everyone in order to ensure that justice is served.

“There are still distinctive areas that America needs to address honestly so that we can bring the spirit of the Constitution and equality before the law to all citizens,” Gray said.