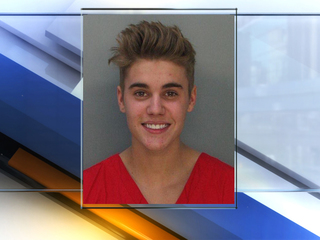 Early last Thursday morning, pop star Justin Bieber was arrested for racing a Lamborghini under the influence of drugs and alcohol.

Bieber was charged with drunk driving, reckless driving, resisting arrest, and driving without a valid license. Many of his fans seem to be sticking by his side, but it is unclear what impact Bieber’s actions will have on his teenage fans. 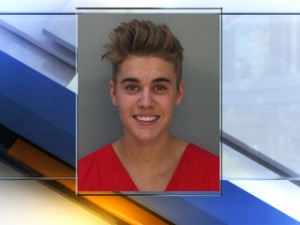 Sophomore Gabriella Lehr said, “A lot of his audience has grown up with him and seen his mistakes and are old enough to know not to make them, but I think the people that we should really be concerned about are the youth and younger generation that base their every opinion off of their favorite celebrity at the time.”

Bieber’s fan base is mostly targeted around the younger generation, as many young boys and girls look to him as their role model. His actions may not be uncommon for a 19-year-old boy of his social standing, but Bieber’s actions may impact teens more than he understands.

Fans seem to be standing by Bieber as many gathered outside the jail when he was released.

Some teens are not affected by Bieber’s actions and will not let him influence what they do, while others may strive to be like him more now than ever before.

Junior Sarah Anderson said, “I think that ‘beliebers’ [Bieber’s fans] don’t understand the extent to which he is influencing younger kids’ lives. He’s just being a 19-year-old, but because he’s famous and always has people watching him, it would be in his best interest for him to clean up his act before it is too late.”

As one of the worlds richest teens Bieber’s actions may seem none other than expected.

Junior Joseph Rodriguez said, “I don’t really let what he [Bieber] does affect my attitude towards school and other things, He’s a celebrity so what he does is definitely different from what us regular teens do in our lives.”

Famous people such as Bieber live a very different life than those of the average teen in America, making many view his actions as irrelevant.

Senior Simone Mcarthy said, “Justin Bieber has no effect on anyone but himself. He has a lot of growing up to do and he is not a role model. Just because people are famous doesn’t mean they are role models. People know right from wrong and sometimes we don’t chose the right thing, but that doesn’t make you a bad person.”

Bieber’s chargers were recently dropped leaving him now only with the one charge of resisting arrest non-violently.

The pop star is not likely to face any real jail time for his offence in the near future, as long as he stays out of trouble with the law.

Bieber is a teenage star and his actions speak for himself, but whether he knows it or not his actions also influence the rest of the worlds teens both positive and negatively.

Senior Andrew Wedvick said, “ I think celebrities are held at too high of a standard. I don’t look to celebrities, especially Justin Bieber, to be perfect role models. If I were a 19-year-old with a Lamborghini and unlimited money, my decisions probably wouldn’t be any wiser.”