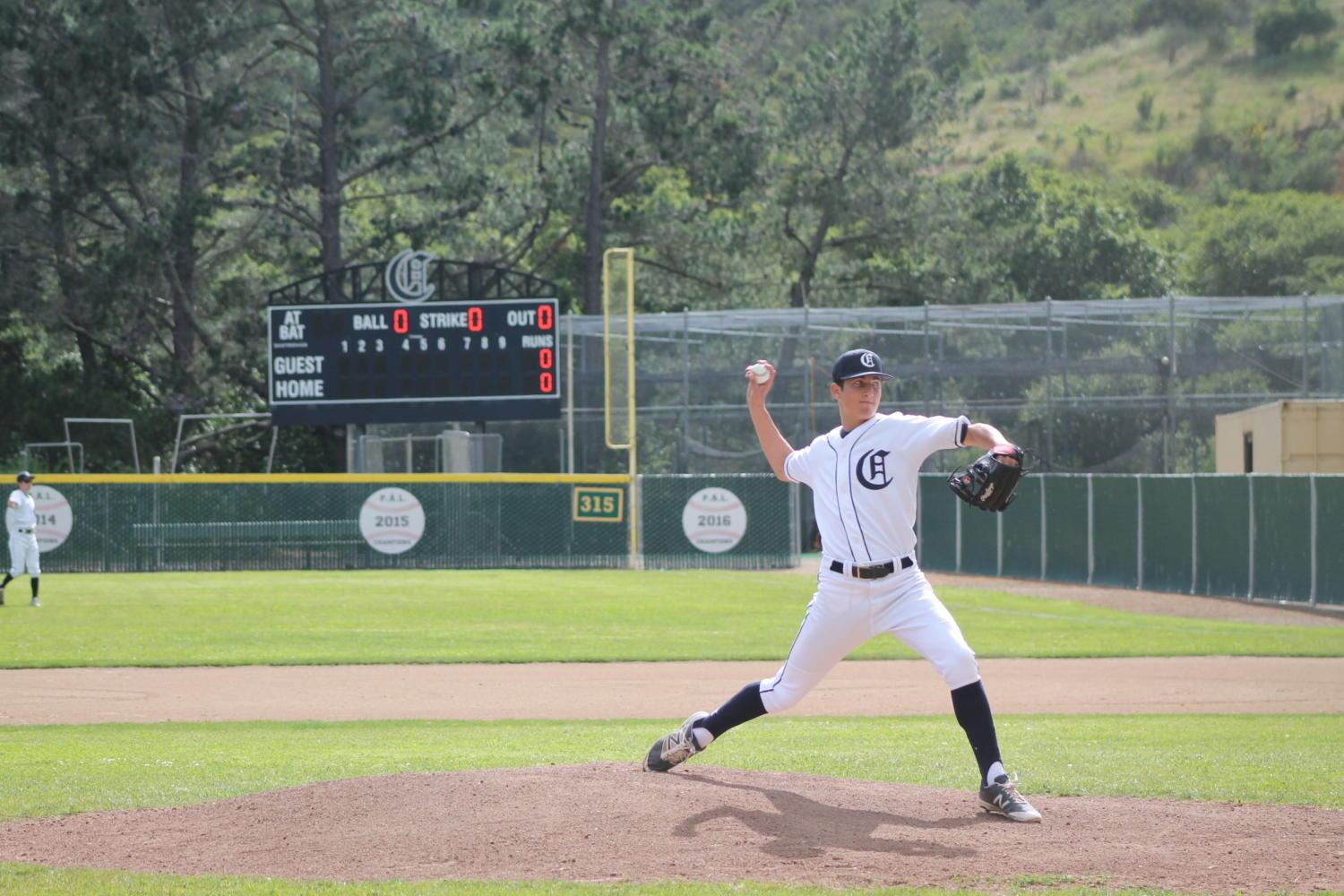 Sophomore David Bedrosian warms up on the mount before the game against Burlingame. Carlmont beat Burlingame 8-3 on April 26. Bedrosian would pitch for 5 innings and contribute to many of Carlmont's points with his hits.

Carlmont JV baseball defeated Burlingame with a final score 8-3. Increasing their league record to 7-1 and overall record to 19-1.

“We were doing a great job offensively and had spot-on defense. We were just able to get runs and get confident throughout the game, which contributed to our win,” said sophomore Jake Robinson.

Burlingame was an anticipated match throughout the season. Many players were awaiting this game as a way to regain past losses.

David Bedrosian, a sophomore, said, “Last year I did very poorly against Burlingame, so this season it felt personal. Plus, I was pitching, so the fate of the game was largely in my hands.”

Burlingame started out with scoring three runs in the top of the first inning. They also stole two bases in this inning.

“We really need to work on not giving up any runs and scoring more runs yourself,” said head coach Wayne Baroncini.

Scots came back strong with 7 runs in the bottom of the second. The majority of these points came from doubles from Bedrosian and sophomore Ryan Busser, resulting in two RBI’s each hit.

“RBI’s are rewarding because it means all the practicing will be worth it. Every RBI is contributing to our overall score, so it feels like winning every time,” said Bedrosian.

The success of the Scots this year is believed to be because of their team chemistry.

“Everyone on the team is extremely close. We consider ourselves a family, coaches included, which is rare at the JV level because everyone is still maturing and self-developing,” said Bedrosian.

Compared to last season, the current team is more connected and strives towards a common goal.

“At this point, no one is concerned about themselves, their stats or playing time. Last year we lacked unity, but we have found that this year and that’s made the biggest difference in our games this year,” said sophomore Samuel Bean.

Another tactic the players use to boost team morale is shouting from the dugout.

“When we are in the dugout, we are shouting and screaming extremely loud. This is to get into the opponent’s head and encourage our teammates to give it their all,” said sophomore Zachary Burgos.

As the season comes to a close, players are stressing the importance of winning first in the league.

“We all came into the season focused and ready to start winning. Everyone new to the team jumped on board immediately, and we are all working to get first in the league,” said Bean.