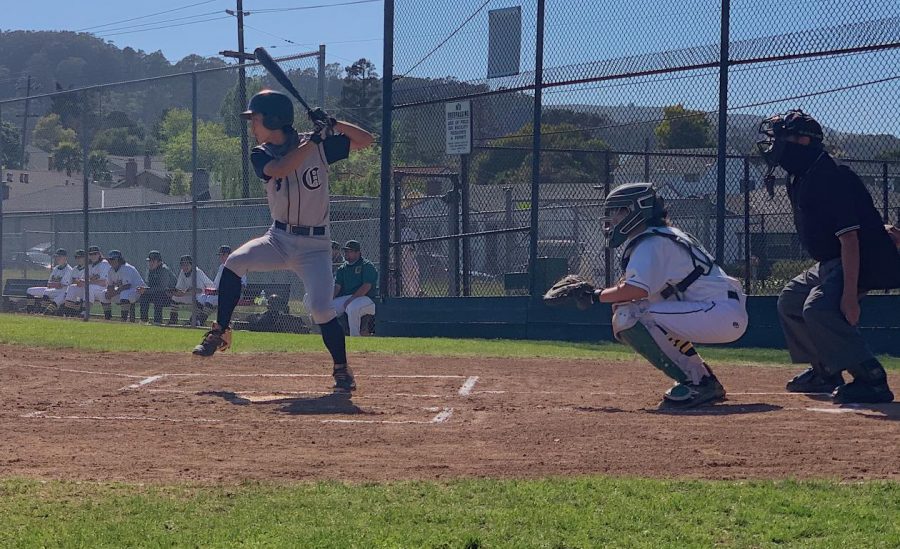 Sophomore Rintaro Sato swings his first run of the game.

The JV baseball team slid into their first victory of the season on Monday, May 3.

The previous week, a game against the Capuchino Mustangs turned into a scrimmage due to the lack of umpires willing to participate. After a tough loss, the Scots return to Capuchino with a killer comeback in a 6-3 victory.

The team’s number one motivator is their spirit and pride. Throughout the game, the players continuously cheered one another on and hyped up the crowd. Their supportive efforts shine through on the field.

“I’ve definitely noticed a difference in our team dynamic during games. We have developed really good chemistry, and our bond is growing stronger,” said sophomore Gavin Grivas.

Jason Marley, the Carlmont JV coach, placed Adam Bailey, a freshman, up to pitch for the first half of the game. This being Bailey’s first year at Carlmont, the pitcher was new to the team. However, Marley has seen great potential in him and has continued to encourage his efforts as a pitcher this season.

“He’s been an unsung hero for our team and played a major role in our pitching department. [Bailey] really stepped it up this year and continues to thrive in his position,” Marley said. 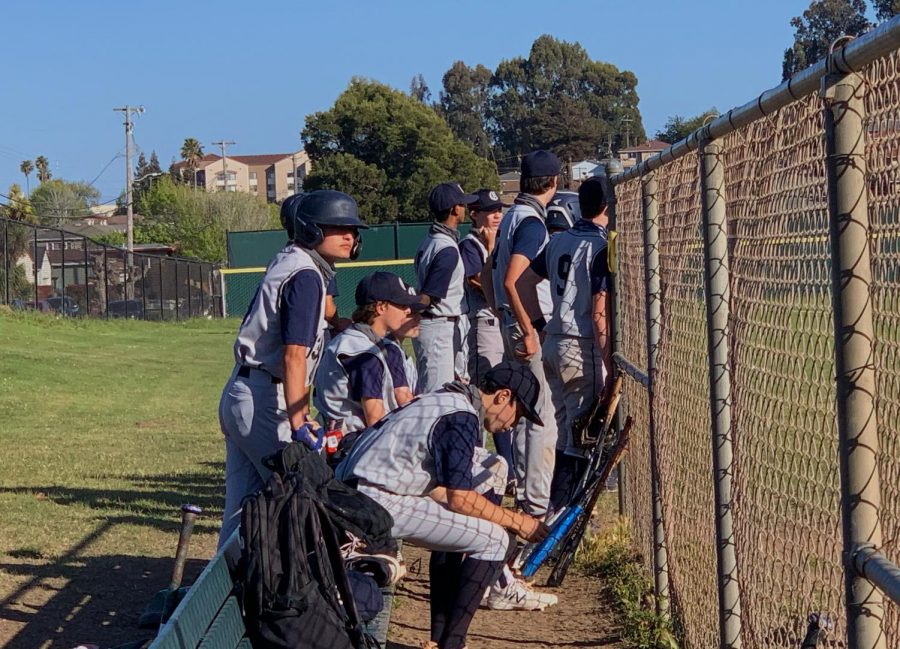 Scots eagerly watch their teammates from the dugout. (Jordan Dooley)

Then, during the third inning, the Scots increased their lead to 3-1.

The teams moved into the bottom of the third with Noah Werbinski, a freshman, preparing to bat next. Werbinski confidently swung Carlmont their fourth run of the game, and the Scots’ cheers were ecstatically contagious.

As the game progressed, Carlmont’s defensive strategies continued to strike the Mustangs. At the bottom of the fourth inning, the Scots stood strong with the bases loaded and Kaden Healy, a freshman, on third ready to make his run home. With Tyler Pechetti, a sophomore, up at bat, Healy was able to score off a Pechetti’s hit and bring Carlmont their fifth run of the day.

As the teams moved into the final innings of the game, coach Marley had something in mind. Bailey quickly ran off the mound and Werbinski took his place to lead Carlmont to the finish line.

“At the beginning of the season, my main goal was to just make the starting roster for the season, but now that I have achieved that, my goal is to do my best for the team and continue working and training every day,” Bailey said.

Nonetheless, with Carlmont on defense and Capuchino ready to hit, both teams were prepared to collect their victory. Their tunnel vision captivated the crowd. With energy high and determination even higher, the Mustangs scored two runs throughout the fifth and sixth innings. By the bottom of the sixth, Carlmont’s lead was just 6-3.

With the last few minutes of the game approaching, Oswaldo Ramirez, a sophomore, stepped up as the pitcher and made his final pitch. Ramirez made a stunning throw and struck out two Capuchino players. Ultimately leaving the Scots with the win.

“I try my best to always implement competition to keep them prepared and engaged but also having fun. Our team dynamic is like no other. We are like a brotherhood,” Marley said.