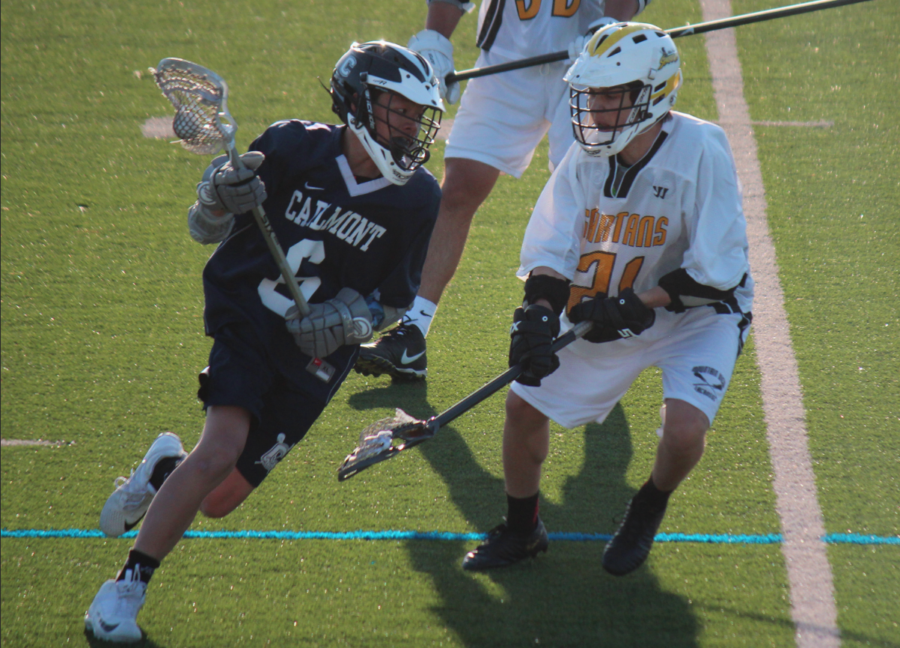 The Scots cemented their position at the top of their league with a decisive win over Mountain View 11-2. The game not only highlighted their talent and chemistry but also the young team’s willingness to work hard and get better. The Scots almost lost to Mountain View in their first meeting, barely escaping with a 10-9 win. Flash forward three weeks from then, and Carlmont dominates all aspects of the game with a resounding victory.

“This was our best game by far. The midfielders cut to the crease well and the defensemen put a body on their man,” said Chris Agbanusi, head coach.

“Our defense stepped up to the challenge. The game is a testament to how hard we have worked to get better and improve and our defense did tonight,” said defenseman Reid Rodriguez, a sophomore.

The second quarter saw much of the same as the former, with defense dominating the field. It was not till late into the second quarter that Kelley once again found a lane and laid the ball into the net to push the Carlmont’s score to 3-0. Kelley did not stop there, however, and proceeded to score another goal just as the first half was winding down. The half ended with the score 4-0.

“We were passing well the entire game. I may have scored most of the goals, but I would not have nearly half as many goals as I did if we didn’t move the ball well. It’s a team effort, not an individual one,” Kelley said.

The Scots started to put the game away in the third quarter as their offense began to heat up. Kelley broke away from his defender for another goal, giving him his fifth goal of the night. The freshmen also started to get involved in the offense. Matthew Schnapp snatched two consecutive goals, effectively ending the chances of Mountain View’s comeback. With the time winding down in the third, freshman midfielder Kevin Jimenz scored his first goal on the season to end the third quarter with the score of 8-0.

The fourth quarter would continue the game trend, and the Scots soon were celebrating with an 11-2 blowout. Jimenz and Schnapp both scored another time, along with their freshmen teammate Charles Tocatlian to close the game.

“This great was a great confidence booster. We showed everyone and ourselves that we could dominate most teams and compete with anyone,” said attacker Jon Standlee, a sophomore.

The Scots will have to bring the same confidence and swagger to their upcoming game against their rivals Sequoia.

“We beat them last time, and we have only got better from last time we played them. However, Sequoia probably did too so we can’t take the game lightly at all,” Kelley said.