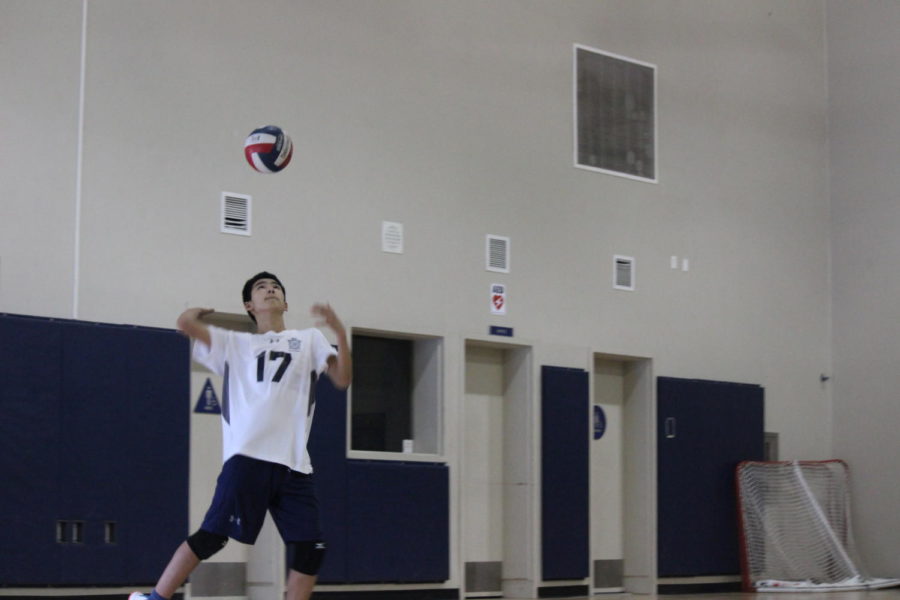 Freshman Ryan Tomita rises up for a serve.

The Scots came out with a tremendous amount of energy to defeat league opponent Mills.

On March 21, Carlmont played their third league game of the season against Mills High School.

In their first meeting of the season, Carlmont looked to dominate a team that seemed to be intimidated by the Scots’ offense.

“Our team really wanted to win this game today because we knew that we could dominate against Mills,” said Ryan Tomato, a freshman.

The Scots did just that by jumping out to a 10-2 lead early in the first set.

Mills would not falter though, as they fought back, cutting the Scots’ lead to seven points at 22-15.

Despite this comeback, Carlmont remained focused and won the first set 25-19.

“I thought we played fairly well in the first set, but there is still a lot to improve on,” head coach Mike Lapuz said.

However, Carlmont was not able to keep this pace up in the second set, as Mills gained a 10-8 lead midway through the second set.

Missed serves and poor communication on Carlmonts’ side were partly to blame for their loss of rhythm in the second set.

“I felt like we played really sloppy today,” said Nick Mattas, a junior. “Our lack of communication really hurt us, and we need to work on that.”

While all of these setbacks for Carlmont plagued them for the first part of the second set, they were able to regain their momentum.

Communication was vital in the second set, as many hits by Mills were saved, whereas many players often clashed against each other trying to get the ball in the first set.

Mills could not regain the momentum that they had at the beginning of the set, as they were down 21-16 towards the end.

Carlmont then finished the match winning set with a bang, defeating Mills 25-21.

“There were a lot more mistakes in the second set compared to the first set, and I don’t think we were playing to the best of our abilities,” said Lapuz.

With this win, Carlmont extends their winning streak to four games.  They currently have a record of five wins and one loss.

Carlmont won’t play their next game against Mills until April 25 at Mills’s home court.