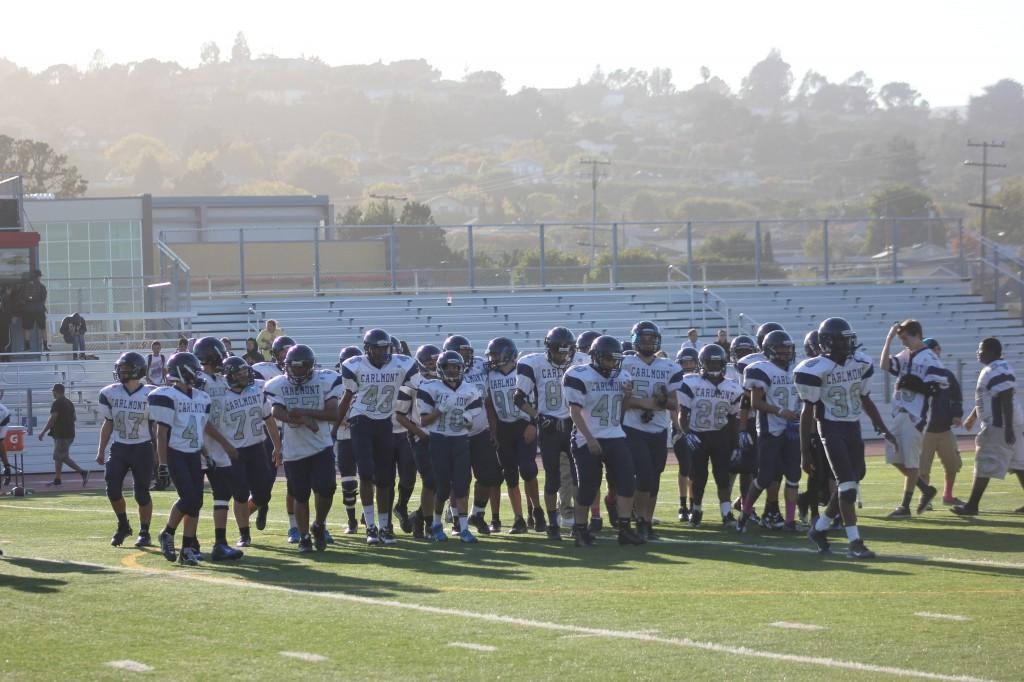 The Carlmont Scots started off with a great win for their first league game against the Hillsdale Knights on Oct. 10, 2013. The JV game at Hillsdale concluded with a score of  53-30.

Despite the weather showing that winter is approaching with the chilly winds, the Scots refused to let Mother Nature get in the way of their win.

The wind mileage today during the game reached a high of 7 miles per hour. Quarterback Salvador Rico (Chava), number 1, said, “The wind affected my throws a little bit..but it wasn’t too bad.”

In the beginning of the game, the score remained closely tied, alternating from team to team with the opposing team being only one touchdown behind. The Scots broke away to have the advantage during the middle of the second quarter. Sami Makaafi, number 2, scored the touchdown that led the Scots to 28-14.

Sophomore safety player Theo Chatman returned to the field for the first time this season after a hip flexor injury. Chatman said, “I was slow at first but it was good to be back..to get back to normal. It felt great to be able to help my team for my first game back and win.”

During the third quarter, sophomore Culter Pons, number 65, intercepted a pass from the Knights, resulting in a turn over to the Scots. The turn over allowed the Scots to obtain another a touchdown, bringing the score  to 34-14.

The game ended with three more touchdowns for both the Scots and Knights. The touchdown runners included Rico, Makaafi, and Drew Wyman, number 19. The crowd continued to show their support for their team throughout the game.

The Scots are excited to be entering the league games and will continue to work hard both to improve offensively and defensively.