JV football prepares to play the night away at homecoming 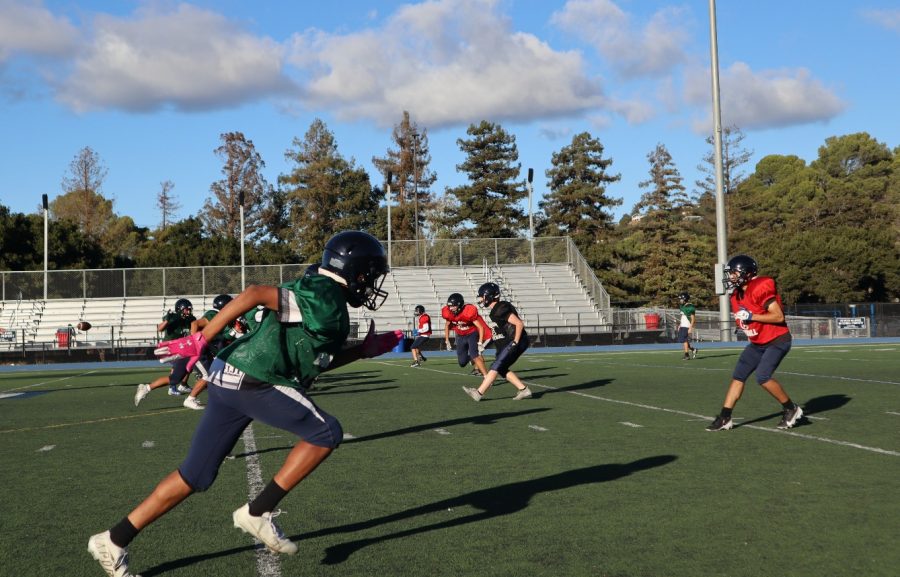 At an after-school practice, players run a drill to prepare their defense for the next game.

While others are planning their Halloween costumes, the Carlmont JV football team is preparing to suit up for their first homecoming game on Oct. 29.

Last year, the JV football team battled with COVID-19 restrictions, leaving them with only five spectator-free games to prove their talent. For sophomores and freshmen alike, this season is a new experience.

This year, they have a total of eight games and the added excitement of a cheering student section. The players feel different seeing people looking down on them from the stands.

With the JV football team’s homecoming game against Menlo School coming up, the stakes are even higher. Historically, the homecoming games have been the most attended by students.

“I’d say that it’s like a different level of hype,” said junior Luca Byers-Mora, a varsity wide receiver. “It’s a big game with a lot of people, especially people who don’t usually go to football games, and it just builds a different aspect of team spirit and school spirit.”

This year is no different, and the whole school can sense the anticipation. Even students who aren’t football players are beginning to feel the excitement.

“They go hard; they practice a bunch. I think they can win,” said sophomore cheerleader Max Sinha. “I think the atmosphere will be fun no matter what. It’s been like that [in] the past.”

In addition to students, the game also holds a special place in the team’s heart as they look to take their locker room brotherhood on the field at their first homecoming game. 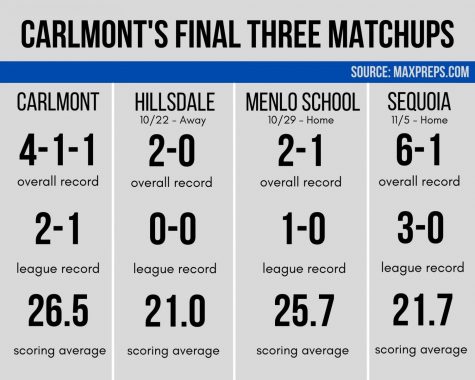 “We all love each other on the team,” said sophomore Braeden Kumer, a JV wide receiver.

This camaraderie is evident to the players, but the team’s leaders also feel that their strong bond is helpful to staying motivated and maintaining their winning record.

“As the season drags on, sometimes it can be hard, but that’s just part of being on a team, and that’s where teamwork and chemistry comes in. When guys enjoy being out there it doesn’t become hard, it becomes fun,” said Patrick Smith, the athletic director at Carlmont.

After the lack of fanfare last year, it seems that a fun season is exactly what the team needed.

“It may even be more enjoyable this year since last year was just so sad,” Smith said. “This is really the first homecoming game for every person on that team.”

Even though the varsity football team has more experience with homecoming games, varsity players still see how the JV team could be feeling the heat.

“They haven’t been playing for as long and they don’t really know how big it is, because none of the people on JV have ever been to a homecoming,” Byers-Mora said. “I don’t really think [the pressure] is as big, but I think it’s still there.”

Despite this lack of experience, the Scots have come to understand the significance that this game could hold for what goes beyond just winning: memories.

“There are going to be more people. More people are going to ask about it,” said freshman Christian Booth, a JV tailback. “When you look back on your years of high school, you wonder how you did in homecoming games.”