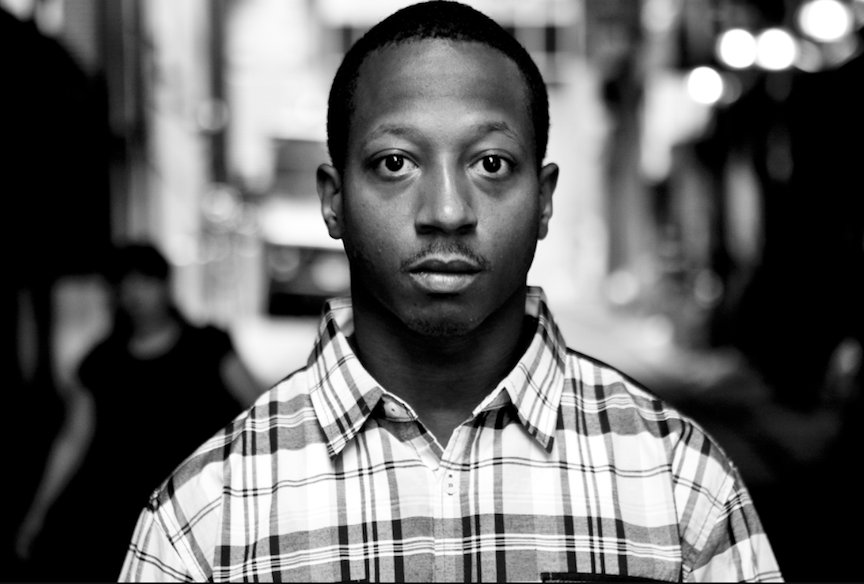 Kalief Browder poses in a photoshoot for the New York Times.

Located on a 400-acre island in the East River of New York, Rikers Island is considered one of the most notorious prisons in America.

According to an article by the New York Times, 85 percent of inmates housed at Rikers Island have yet to be convicted of a crime. Kalief Browder was one of them.

On May 15, 2010, Browder was walking home from a party with a friend in the Bronx, when he was stopped by police. Browder believed that the police were stopping him for a routine stop and frisk, something Browder had undergone several times before.

Unfortunately for Browder this particular stop and frisk would be one that would alter his life permanently.

Police officers were responding to a 911 call placed by Robert Bautista about the burglary of a backpack that contained a camera, $700, a credit card, and an iPod Touch. Bautista claimed two black males took his brother’s backpack. But, following the apprehension of Browder, Bautista’s story about when the backpack was stolen and what the defendants looked like changed several times.

The day after his arrest, Browder was charged with robbery, grand larceny, and assault.

At his arraignment his bail was set at $3000, a bill his family could not afford so Browder was sent to Rikers Island.

Browder was not a dangerous criminal, he allegedly had stolen a backpack. Browder’s unfair bail amount highlights the inequities within America’s criminal justice system as alleged criminals who pose no flight risk are left locked up simply because they can not afford to post bail.

During Browder’s time at Rikers, his case was delayed 33 times over the course of three years. Time and time again, prosecutors offered Browder plea deals that would ensure probation and his release on that day, but Browder refused. In an interview with ABC News following his release, Browder said, “You’re not going to make me say I did something just so I can go home. The way I looked at it if I got to stay here just to prove that I am innocent, then so be it.”

Browder already had a prior conviction for grand larceny that registered him as a youthful offender in the state of New York. Browder had originally pled guilty but later claimed his friends went on a joyride in a bakery truck and that he was just a bystander.

While at Rikers, Browder endured several beatings by both guards and inmates. Browder claimed that one of the gangs in the prison controlled the dayroom. In one incident, Browder sat on a bench in the dayroom when the leader of the gang asked him to move but Browder refused to sit on the floor. That’s when Browder says multiple people jumped him.

Multiple videos obtained by the New Yorker show the abuse Browder experienced while in prison. One video shows Browder speaking to a guard, not posing a threat when he is then slammed into a wall and then onto the ground.

An additional video shows Browder being punched and kicked by a group of inmates while he is on the ground.

Browder was 16 years old when he went to Rikers, still a young boy yet he was placed in a facility with gang leaders and their followers who were far more dangerous.

Browder was also subjected to over 800 days in solitary confinement, one of the causes of Browder’s decline in mental health while at Rikers.

By the time Browder was released more than three years after his arrest, he had missed both his junior and senior year of high school and all that high school entails; dances, football games, and even graduation. Browder said he was even disappointed he missed tests and homework. And for what? To never go to trial, let alone be convicted of a crime.

Following his release, Browder’s mother noticed the impact prison had had on him. “It destroyed him, it destroyed him, mentally he became a wreck,” his mother, Venida Browder, said in an interview with ABC News. “When he came home, the ghost of Rikers came with him.”

But despite all Browder had dealt with he attempted to pick up the pieces. He obtained his GED and began taking classes at Bronx Community College where he maintained a GPA of 3.65.

But the ghosts of his time at Rikers didn’t fade that easily. Browder grew even more depressed and paranoid and on June 6, 2015, two years after his release from Rikers, Browder hanged himself in his bedroom.

One of the main goals of the United States prison system is to rehabilitate inmates, but instead, Browder’s time in prison eventually led to his untimely demise.

Browder’s mother says she wasn’t surprised that her son chose to commit suicide, “He would constantly think about what he went through in there and then he would talk about it and then get angry and upset and frustrated,” Venida said. “And when he first came home, he would just walk the four corners of the driveway.”

Browder’s story shows the holes within the justice system.

Nearly 800,000 prison inmates are currently in solitary confinement, putting them at risk for physiological harm.

In an article by the American Psychological Association, professor Craig Haney claims that the long-term effects of being placed in solitary confinement are life-altering.

“One of the very serious psychological consequences of solitary confinement is that it renders many people incapable of living anywhere else,”  Haney said. “Then, when prisoners are released into cells or back into society, they are often overwhelmed with anxiety. They actually get to the point where they become frightened of other human beings.”

While New York City has made some progress by eliminating the use of solitary confinement for inmates under the age of 21, there is still a fair amount of progress to be made regarding America’s criminal justice system to ensure all inmates awaiting trial are treated with basic human rights including the right to a speedy trial as guaranteed by the Sixth Amendment to the Constitution.

Browder should have never been placed in adult prison, to begin with. At the age of 16, he should have been sent to a local juvenile detention center near the Bronx to await trial and after the holes in Bautista’s story emerged, the case should have been dismissed. But, in actuality, the case got dismissed when Bautista went back to Mexico and could no longer testify.

According to Mental Health America, 1.2 million prisoners suffer from a mental health disorder. That is almost half of the United States prison population.

State governments need to focus on allocating money to prisons for mental health services that prisoners desperately need. Arkansas, Alabama, Mississippi have the least access to mental health services but the highest rates of incarceration. Even though some prisoners have committed atrocious crimes, they are still human beings and deserve adequate medical services. Some inmates may even be like Browder, in jail awaiting trial for a crime they possibly did not commit.

Since Browder’s death, Blasio has worked to ensure the condition at Rikers improves. But what will happen when Blasio’s second term ends?

New York City needs to work to preserve the reforms currently in place in order to prevent what happened to Browder from ever happening again.