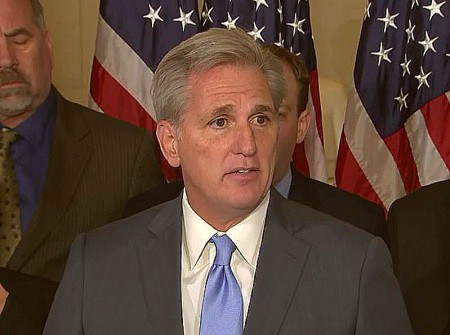 McCarthy calls quits for his bid for House Speaker.

With second-in-line House Majority Leader Kevin McCarthy stepping down from his bid for House Majority Speaker due to allegations of a scandal, the future of Congress is uncertain.

Kevin McCarthy announced on Oct. 8 that he was stopping his campaign for the position due to the fact that he did not want to divide the party any further.

“I think I shocked some of you, huh?” said McCarthy after being questioned by reporters.

McCarthy’s retreat, like John Boehner’s, is very poorly timed according to political analysts. McCarthy wanted to unite the party, but may have divided it further. He was believed to be the most prepared candidate for Speaker.

In addition, the uncertainty over who is to be the next Speaker diverts attention away from the issue of Planned Parenthood and government spending. The government shutdown has not yet occurred, but is still a looming problem.

According to various emails and a letter from a fellow Congressman, McCarthy was forced to step down due to allegations of an affair with fellow Congresswoman Renee Ellmers.

According to the Huffington Post, McCarthy received threats from conservative activist, Steve Baer, who sent emails to the members of the Republican party and McCarthy. Baer’s letter allegedly called for  McCarthy to cease his campaign in order to prevent possible extortion if the affair had to be concealed from the public.

As for the actual position of House Majority Speaker, Boehner revealed that he will keep his position until the election of the next House Speaker.

“I think that it is good that John Boehner will keep his position until a new person is elected,” said sophomore Ryan Leung. “Boehner has the most experience and can handle situations.”