Kindness during a time of division

SIYLI promotes inclusivity as the immigration discussion in America continues 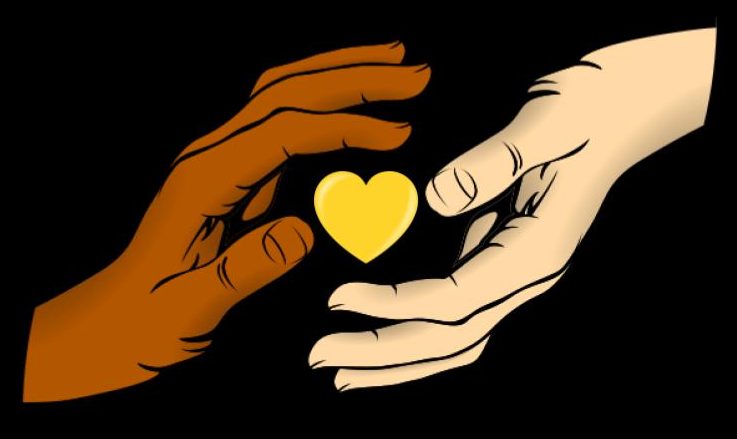 Although the U.S. immigration discussion has lead to increased division, groups such as SIYLI are working to promote kindness and inclusivity toward all, regardless of differing views or backgrounds.

While an ongoing immigration discussion divides the country, Search Inside Yourself Leadership Institute (SIYLI) spreads compassion and inclusivity through their free Kindness Workshops.

The workshops, held at the Mountain View Public Library, are attended by a diverse array of community members. These include people from all walks of life: a life coach, a teacher of human behavior, a filmmaker, and a retired marine, all sitting together to encourage empathy and connection.

Led by Priya Kasturi, the meetings’ primary focus is #PracticeKindness, a movement that celebrates common humanity. By exploring the science of kindness and performing mindfulness-based activities, attendees learn the importance of inclusivity during a time of increasing partisan division.

“I have never seen a time in my life when we have needed kindness more than now,” Kasturi said.

Kasturi, a certified teacher from SIYLI, emphasizes that those who are in need, whether they be immigrants, refugees, or others, can not be ignored. She asserts that people must treat others with the same respect and kindness every human being deserves, regardless of their identity.

“Kindness and empathy connect us in times of conflict. They help us remember that we are all human first; we are all in it together,” Kasturi said.

One topic that has lead to conflict in America is immigration.

Initiated by the election of President Donald Trump, this polarizing immigration discussion has caused alienation amongst many. While Trump and his supporters advocate for a border wall and the removal of unlawful immigrants, individuals on the other side of the political spectrum push for policies with more discretion and tolerance.

Dr. Cecilia Kremer, a certified life coach and member of Cafe Kind, believes that the animosity created by differing perspectives has caused basic human kindness to be forgotten.

“Whether we have different political views or are immigrating from different nations, we often remember the differences that separate us, while failing to focus on the similarities that unite us,” Kremer said.

Carlmont sophomore Maria Valle Remond has firsthand experience of the challenges that come with immigrating to America.

When she was 5 years old, she and her family moved from Mexico to California, where Remond had to adapt to her changing environment quickly.

“At first, it was hard to make friends. Up until second grade, I was told I had an accent and that I pronounced words wrong,” Remond said.

On her first day of kindergarten, Remond was so scared that she hid in the corner of her classroom while the other students watched her, staring and whispering. No one would talk to her until one girl came up and offered to sit with her at lunch.

“It’s those little acts of kindness that go a long way toward making someone feel safe and welcome,” Remond said.

In the past, society has allowed itself to be divided over issues such as immigration, often neglecting to maintain kindness and respect. In the future, however, Kasturi, Kremer, and Remond all hope to see #PracticeKindness become a global movement, uniting people across borders.

“No matter where we come from, everyone speaks the language of kindness,” Remond said.