‘Knives Out’ is utterly ingenious 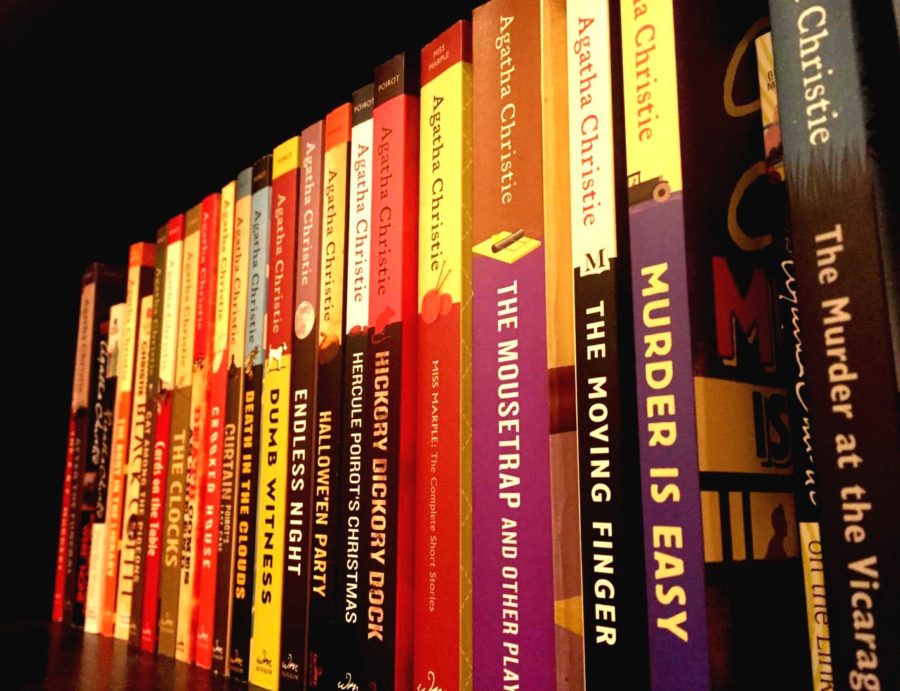 I have always been a fan of the murder-mystery genre, particularly the work of Agatha Christie.

Last Friday, I had the pleasure of laying back in my chair and snacking on popcorn while I watched Rian Johnson’s “Knives Out” in theaters.

I have much to say about this film, but first let me break down my history with the murder-mystery genre.

I remember being in seventh grade when my English teacher recommended to me one of the most classic Agatha Christie mystery novels, “And Then There Were None,” from her class bookshelf. In one day, I sped through the entire book, spending my whole afternoon and evening flipping through the pages until I reached that harrowing conclusion.

It didn’t surprise me that numerous adaptations had been made of the novel after it was released in 1939, and that many modern-day thrillers have taken cues from Christie’s master-plotting.

Since then, I have been enamored with the murder-mystery genre. Although all kinds of thrillers have caught my attention, none of them have held it for as long as murder.

I have read and reread every single Christie novel; dozens of her books are organized alphabetically in my room, taking up a whole row and a half on my bookshelf. I know the formula by heart and pride myself on my ability to guess the ending before the detective gathers the suspects together to reveal which one of them had done the deed.

That’s what brings me to “Knives Out.” This was the first film in theaters I have seen in a long time that marketed itself as a murder-mystery. Although the genre was thought to have died, “Knives Out” has surely brought it back to life.

When famous murder-mystery writer Harlan Thromby is discovered with his throat slashed on the night of his birthday, private investigator Benoit Blanc (Daniel Craig) is called in by an unknown source to investigate his death.

Like most films in this genre, “Knives Out” surrounds a spoiled, upper-class family as they grapple with a potential murder. However, contrary to most mystery films I’ve seen before, a woman of color is at the heart of the story, specifically Harlan Thromby’s nurse, Marta Cabrera (Ana de Armas). The film portrays honest messages about how what might be politics for one is survival for another, and how minorities are often treated as dispensable.

Not only did “Knives Out” provide sufficient political commentary of modern society, primarily through the main character and her family’s history with immigration, but it also entertained. It was surreal to watch this all-star cast battle it out as a family; each actor got their chance to shine in their respective roles and the character dynamics were both a hilarious and realistic depiction of a dysfunctional home life.

But, of course, I must address what we all came here for: the mystery.

The film opens with two dogs chasing each other through the fog. The Victorian strings weave together an ominous melody, as the Thromby estate — which one character aptly described as a real-life “Clue board” — comes into view.

The first act of the film portrayed what I have come to expect with murder mysteries. Each member of the family is introduced to the audience one-at-a-time, with all of their idiosyncrasies and uncovered secrets.

Although one might call it cliche, it was then when I realized that I was going to love this movie. Every single actor delved into their character with such depth that it was hard to believe they weren’t real.

Even though the first act seems formulaic, it swerves in a whole different direction only half an hour in. For the murder-mystery genre, what happens by the end of the first act is unheard of.

I have seen writers and directors play with this genre before, but none of them have been able to experiment as successfully as here. With this first twist, you grow attached to the characters and are thrown for a loop.

At first, I felt like I had been cheated out of the movie I had paid to see because the trailers. Then, I remembered that that’s the whole point of a murder-mystery. I was frustrated that I had no idea what was coming next and, despite my best attempts at keeping up with the plot, the film was always one step ahead of me.

It was an experience that I haven’t quite felt since I first read those murder-mysteries in middle school.

The film jumps from twist to turn and swings you back around to a finale you won’t forget. I thought I paid to see a murder-mystery; instead, I got much more — a detective film, suspense thriller, and comedy-drama wrapped-up together with political commentary and a strong message. It’s safe to say that each genre is represented in its finest form.

As you soon as you reach the conclusion, where each of your many questions are answered, you will realize that this film was worth the money.

Even if you aren’t a murder-mystery fan like me, “Knives Out” still stands as a well-acted drama and one of the finest films of the year.