‘Knives Out’ reinvents the whodunit 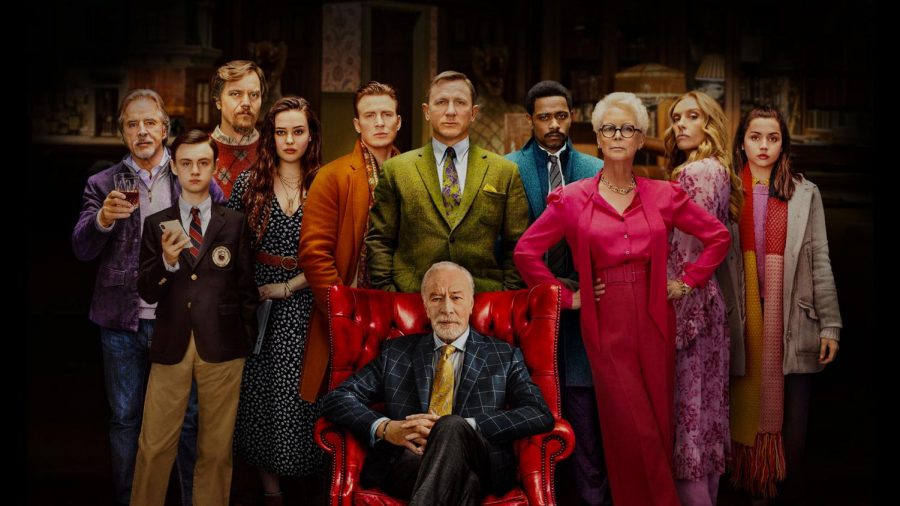 'Knives Out' provides the perfect combination of comedy and mystery.

“Knives Out” is the comedic murder-mystery we’ve all been waiting for.

From writer-director Rian Johnson comes a story packed with deception, plot twists, and humor. “Knives Out” is a classic whodunit about the dysfunctional Thrombey family just trying to get by. But after the death of their beloved Harlan Thrombey (Christopher Plummer), everything starts to unravel as secrets are released, people exposed, and of course, the skilled detective, Benoit Blanc (Daniel Craig), trying to figure out’ whodunit.’

On November 27, 2019, audiences were clinging to their seats in anticipation, waiting to find out who the murderer was. Unfortunately for them, they’ll have to wait two hours until the real murderer is finally brought out into the light.

“Knives Out” focuses mainly on the Thrombey family, wealthy people who, up until now, have relied solely on Harlan Thrombey, the patriarch of the family, for all of their financial needs. However, one morning, they find him bleeding out in his study, seeming to have slit his neck the night before. That’s when Detective Blanc comes into the picture, and the story begins.

One thing that this movie does exceptionally well is music. Composed by Nathan Johnson, this soundtrack makes you feel many different emotions while watching the film. From anticipation to suspense and unease, this movie album draws you in and has you appreciating the feature even more.

In my opinion, “Knives Out” is a fantastic picture, but there are some things to improve on. For example, the accents for some of the actors could be worked on. It’s not a big issue, but if they were trying to go for authenticity, there is room for improvement. But if you can get over that small imperfection, it is a spectacular film.

With the elements of the ensemble’s fantastic overall performance and the set that brings out the mood of the feature as a whole,

“Knives Out” is an exceptional film. It is important to note that this film has been out for a couple of months, yet is still relevant. So, if you have the chance, I recommend you spend some time to sit down, and enjoy all of the twists and turns that this convoluted plot has to offer.