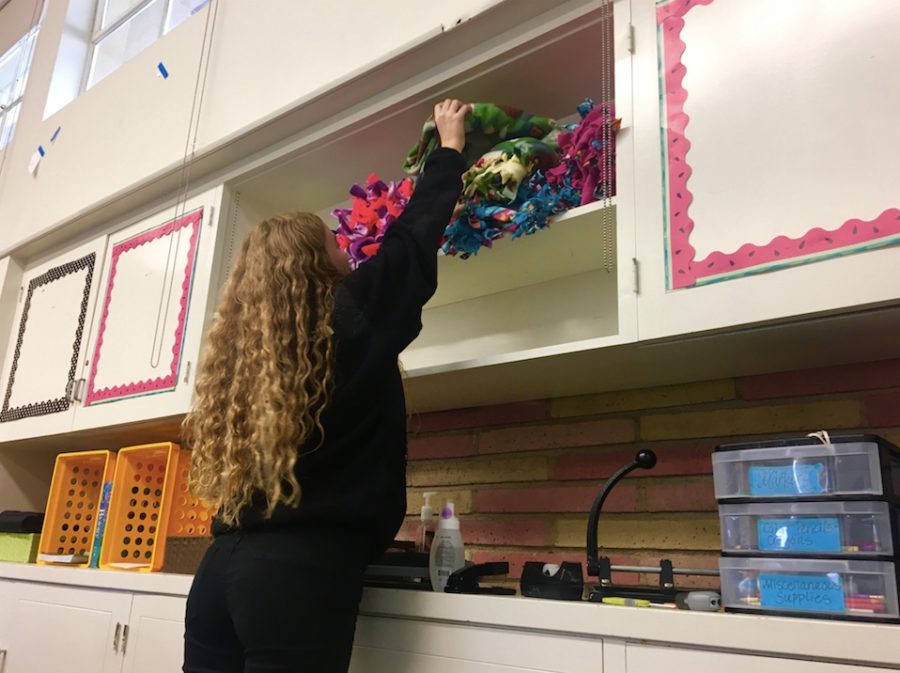 Carlmont is the home of Kozy Kids Club, whose members dedicate themselves to handmaking colorful blankets for children at the Lucile Packard’s Children Hospital.

Kozy Kids Club President Talia Fine began the club in 2016 after experiencing the condition of the hospital room her family friend was checked into.

When visiting her hospitalized family friend, Fine noticed the hospital rooms were always cold, unwelcoming, and bland in terms of color.

In result of her observations, Fine decided to start a club where people can make colorful blankets in order to provide a sense of comfort and warmth for kids staying in the hospital.

Within the first year of the club opening, Kozy Kids has personally delivered over 50 handmade blankets to the children staying at Lucile Packard Children’s Hospital.

Kozy Kids Club Vice President Brandon Gee said, “Kozy Kids has given me a way to truly help the community. I enjoy being a leader for the club and it feels so rewarding to personally deliver the blankets to the hospital.”

The club members are currently working together to make their next batch of blankets, which will later be donated to the hospital towards the end of the semester.

“It’s amazing how something as simple as making blankets and having fun with your friends can make such a positive impact on the lives of others,” said Annika Nambiar, a junior.

Through their club meetings and events, Kozy Kids Club embodies and spreads their core values of creativity, camaraderie, service, and positivity throughout Carlmont and the community.

Sophomore Lizzy Hall has been a Kozy Kids Club member ever since the club was established at Carlmont.

“Kozy Kids means a lot to me. I have been apart of it since the first meeting, and I love the impact it makes on our community. The blanket donations gives kids in the hospitals a reason to smile and provides them with some comfort even when their health may be failing. It’s amazing to be a part of this process,” said Hall.

To get involved in Kozy Kids Club, attend one of their lunch meetings held every Friday in room C12.