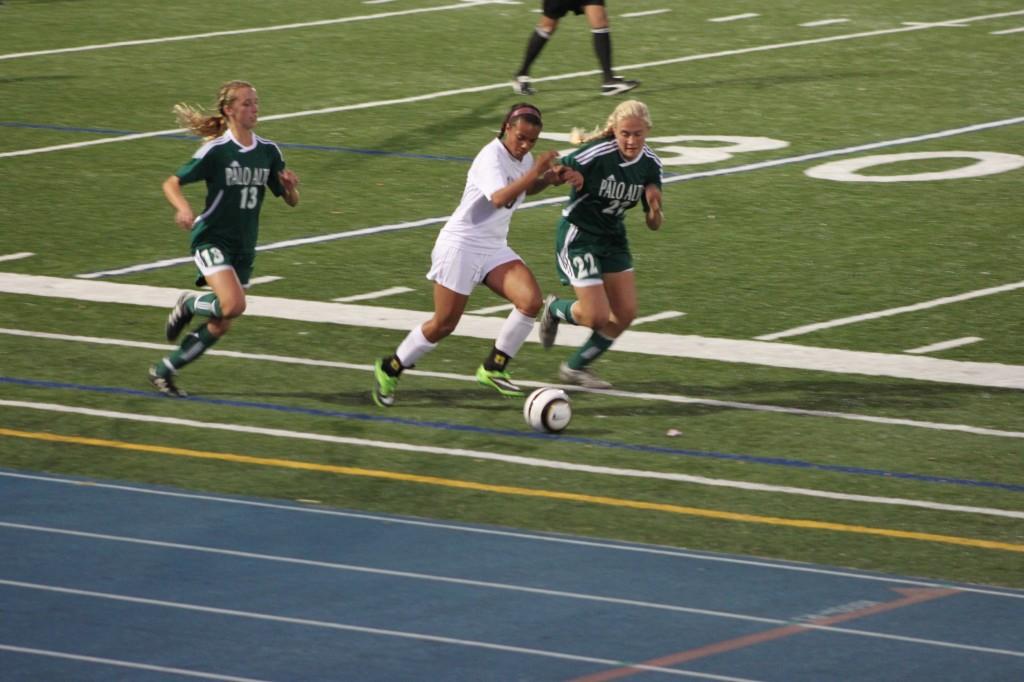 The game was scoreless until partway through the second half when Fong got the ball in the net from inside the 18 yard box.  The second goal came from a well-placed free kick that snuck past the goalkeeper and into the bottom right corner from 22 yards out.

Fong said she was “happy with the goals” and added that the game was “a good start to the season.”

The game was a good performance from the Lady Scots, beating the Bearcats team that managed to win their respective league last season.

Head coach Tina Smith aired her views on the game: “I’m glad it’s a win, it also helps us figure out what we need to focus on for the future.”

Junior and goalkeeper Lauren Racioppi said, “It feels good to get a win, we should have a good season.”

Racioppi also put the praise for the shutout onto her defense, saying “they were very good, especially our freshman back.”

Fong also said the game “was a good start to the season” adding that she “hopes the team do better than last year.”

The Lady Scots are well on their way to this improved finish with a win in which they “played really well” according to Fong.

In their next game, the Lady Scots will search for revenge against Mountain View High School, the team that beat and eliminated the Lady Scots from the Central Coast Section playoffs last year.