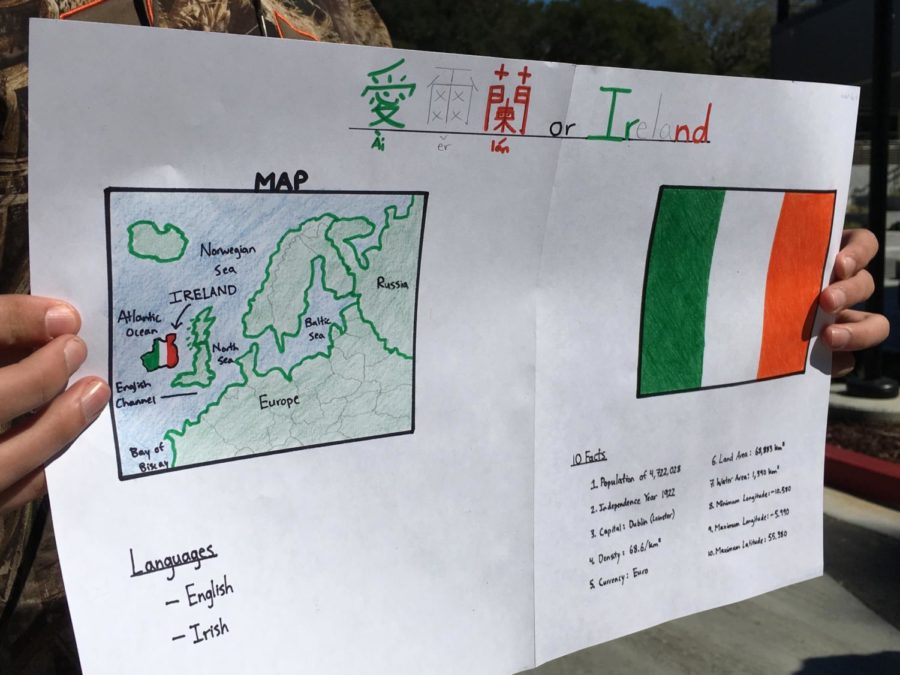 This year, National Foreign Language Week falls between March 5 and March 11. It is a week dedicated to looking at other cultures and their languages to discover the importance of diversity.

National Foreign Language Week was inaugurated in the spring of 1957 and first occurred in the week of Feb. 17 to Feb. 23. However, in recent years, it has taken place during the first full week of March. It was started by Alpha Mu Gamma, a national collegiate foreign language honor society at Los Angeles City College, and its National President at the time, Sister Eloise Therese.

Carlmont’s Spanish and Chinese classes chose different countries to make posters about, in which they described the countries’ primary languages and culture for this special week. This allowed students to compare their own culture to that of other countries, giving them a better understanding of other parts of the world.

“I think National Foreign Language Week is very important because it is less about the different languages and more about the cultures those languages belong to,” Valentina Baehrle, a sophomore, said. “It also reminds us that there is beauty in diversity and how acknowledging the beauty of our differences can bring us together.”

National Foreign Language Week is also meant to highlight the importance of learning other languages in today’s multilingual society. The shrinking world, caused by easier methods of transportation and the global market, is making it more and more important to know multiple languages.

There are over 7,000 languages in the world, making it is impossible for Carlmont students to learn them all. National Foreign Language Week gives students a reason to find new languages that they might have never known about otherwise.

“National Foreign Language Week is important because it highlights all the languages that are not offered here at Carlmont,” Chloe Palarca-Wong, a sophomore, said. “We forget about the numerous other languages in the world so it is nice to take a step back from our class and learn about the other languages.”

The week also brings students together by exposing students to other students at Carlmont with different cultural and ethnic backgrounds than them bringing the student body together.

“I am glad we have National Foreign Language Week at Carlmont because I have learned a lot about many people’s backgrounds and their culture that I would not have known about otherwise, giving me a deeper understanding of them as a person,” Ben Pasion, a sophomore, said.