Large storm is far from a drought-buster 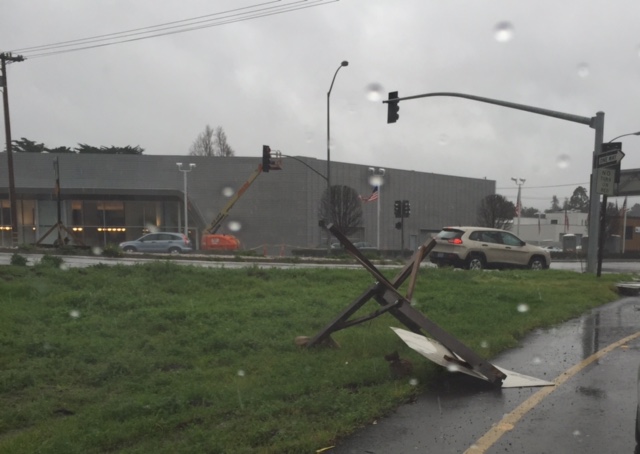 While the snow-weary East Coast braces itself for a potentially historical blizzard, California along with the rest of the western border is drenched by a powerful storm that could be one of the largest in five years.

“It’s almost hard to believe given the long sunny days we’ve had, that California is now facing a large storm that can cause a lot of damage,” said junior Ryan Liao.

The storm knocked down trees, ripped through freeway signs, flooded streets, and still rages on.

As the storm makes its way through the Bay Area, The National Weather Service is expecting more than 10 inches of rain, flash floods, and even thunderstorms over the week.

Because of this, four counties have already closed schools for safety precautions, according to USA Today.

According to Pacific Gas and Electric, more than 60,000 people lost power in the Bay Area due to high winds that damaged power lines.

From a recent report by Time, up to 175 flights were canceled in San Francisco International Airport due to severe weather.

Many people are worried about potential mudslides, especially in the hilly, coastal regions. From a report by CNN, a mudslide in Camarillo Springs destroyed nearly a dozen homes due to heavy rainfall.

Some coastal regions are preparing sandbags for possible flash floods. The sandbags act like barricades that redirect water and debris flow.

According to USA Today, much of the storm was caused by the Pineapple Express, a jet stream pattern that brings persistent moisture from the Hawaiian Islands to the West Coast.

The Pineapple Express is almost always associated with heavy rains and flash floods in places like California, Washington, and Oregon.

Despite much needed rainfall brought by the storm, California is still far from leaving its three-year long historical drought.

This is because the climate is too warm for snow to collect in the Sierra, which supplies about one-third of water needed by residents, agriculture, and industry in the Bay Area, according to Time.

“Although the storm did not give California drought-relief, it still gave us a break from weeks of dry, sunny days,” said sophomore Kyle Jung.

According to research made by NASA, California is about 11 trillion gallons of water short.

Certain safety precautions are useful in preparation for a storm. According to National Geographic, constructing barriers can help keep floodwaters away.

“We found out in the middle of the night that the garage was overflowed with water and started dripping into my brother’s room. Sandbags would definitely help to prevent this in the future,” said sophomore Alexander Chernikov.

During storms, rivers and trees can unpredictable.

“A lot of branches were breaking near my house, so I tried not to leave my home. I think the city should trim large branches during rainy season so they don’t hit power wires,” said sophomore Austin Covey.

It is also important to stay updated through radio and television for the latest information.

According to ABC News, the worst of the storm seems to be over, but more rainfall is expected for much of this week. 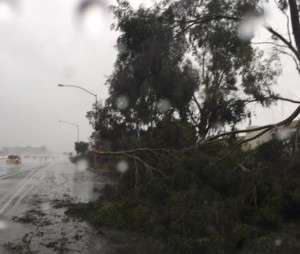 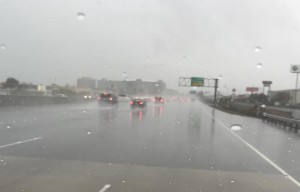